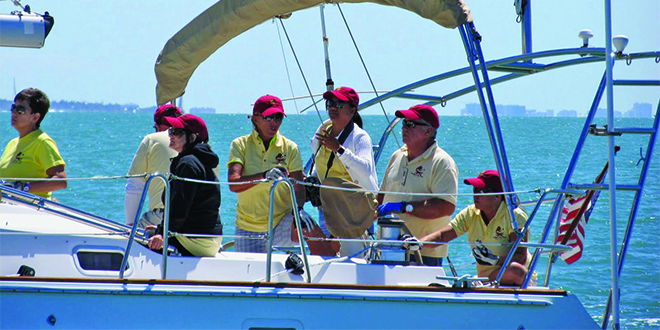 A portion of net proceeds from the event will support the Children’s Bereavement Program of Avow, and other charitable causes, such as Freedom Waters Foundation which provides therapeutic on-the-water experiences to children and their families suffering with illnesses as well as veterans with disabling conditions; the Marco Island Community Sailing Center and the Naples Community Sailing Center, which was co-founded by Gulf Coast Sailing Club, both of which offer learning opportunities to youth and adults regardless of financial means.

There were 85 sailors crewing on 17 sailboats of all classes competing to win the GCSC 2017 Charity Regatta. Hundreds of beachgoers were inspired by beautiful boats and sails on the Gulf of Mexico. 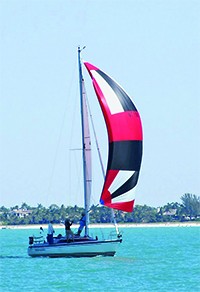 and B, Non-Spinnaker and True Cruising.

At the regatta dinner fundraiser at the Naples Sailing & Yacht Club, with close to 150 guests in attendance, Thomas Lockyear, managing director of the Museum of the Everglades, gave an interesting presentation about the nautical history of Southwest Florida dating back to the Calusa tribe of Native Americans and outlined the exhibitions available at the four Collier County Museums.

GCSC Commodore Paul Carlson applauded the sailing community, which extended from sailors from as far north as Fort Myers and south to Marco Island, noting that the regatta would not be possible without the many sailors, sponsors and volunteers. “Gulf Coast Sailing Club has been sponsoring the charity regatta for 41 years, and we are only able to make this possible through the tremendous giving hearts of the sailing community, our members and the generosity of our sponsors. All our boats are winners to us and deserve equal applause. We hope to continue this tradition in 2018.”