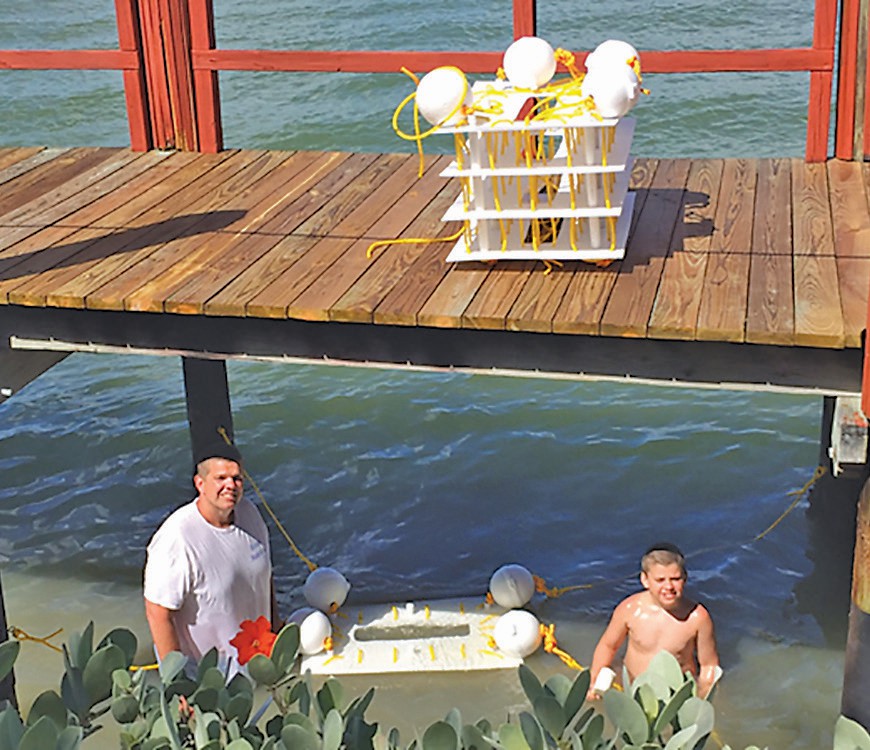 Ocean Habitats Executive Director David Wolff installs a “Mini Reef” under the MIYC dock with the assistance of his son Sage. Submitted Photos

The Marco Island Yacht Club (MIYC) is the first yacht club in Southwest Florida to install “Mini Reef” artificial marine habitat systems under its dock to support an environmental initiative to restore the cleanliness and aquatic diversity of the region’s canals and waterways.

“The Marco Island Yacht Club is proud to participate in this important environmental program to create a cleaner and sustainable marine environment,” said Lois Dixon, Commodore of the Yacht Club. “We’re excited that the habitats installed under our dock will soon produce thriving and diverse ecosystems full of fish and other marine life capable of cleaning thousands of gallons of seawater a day.”

Over the next few months, each one of the five mini reefs installed will develop it’s own marine ecosystem of life. First, small shrimp and baby fish will use the structure as a safe place to avoid predators, but soon other residents move in. Over 150 different filter feeders like sea squirts and oysters will grow on the mini reef and spend their days eating the green plankton out of the 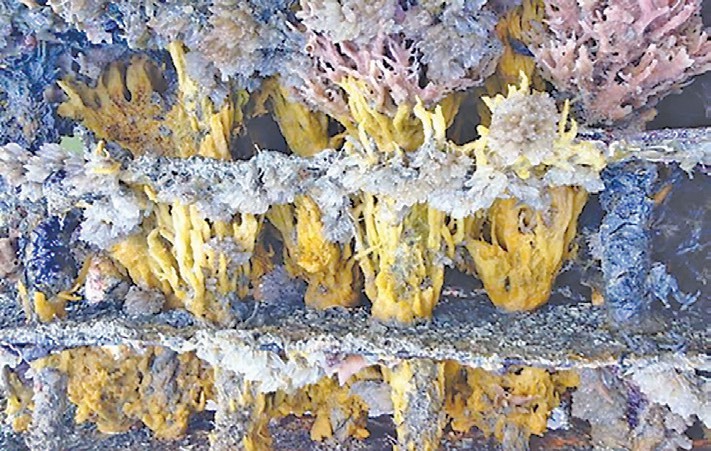 This is what a “Mini Reef” looks like after one year. The habitat structure has been completely covered with invertebrates such as oysters, sea squirts, mussels and more.

water passing through. On average, a fully developed mini reef can clean all the plankton out of 35,000 gallons of seawater per day.

Made from fiberglass, PVC pipe, polypropylene rope and crab-trap floats, the habitats weigh about 10 pounds when newly built, but after two years of marine life developing on them their weight can exceed 400 pounds.

Dixon explained that the Yacht Club members first learned about the artificial reef program when David Wolff, executive director of the Ft. Myers based non-profit Ocean Habitats, Inc., spoke at a Club function earlier this month. Wolff explained the goal of his organization is to bring to life the canals of Marco Island and other coastal cities like it. Members were so impressed with the program they agreed that the Yacht Club should be part of the efforts to install mini reefs under docks along Marco Island’s waterways.

According to Wolff, the mini reef mimics the environment that is normally found in the prop root system of mangrove trees. This natural environment was long ago removed from Marco Island’s 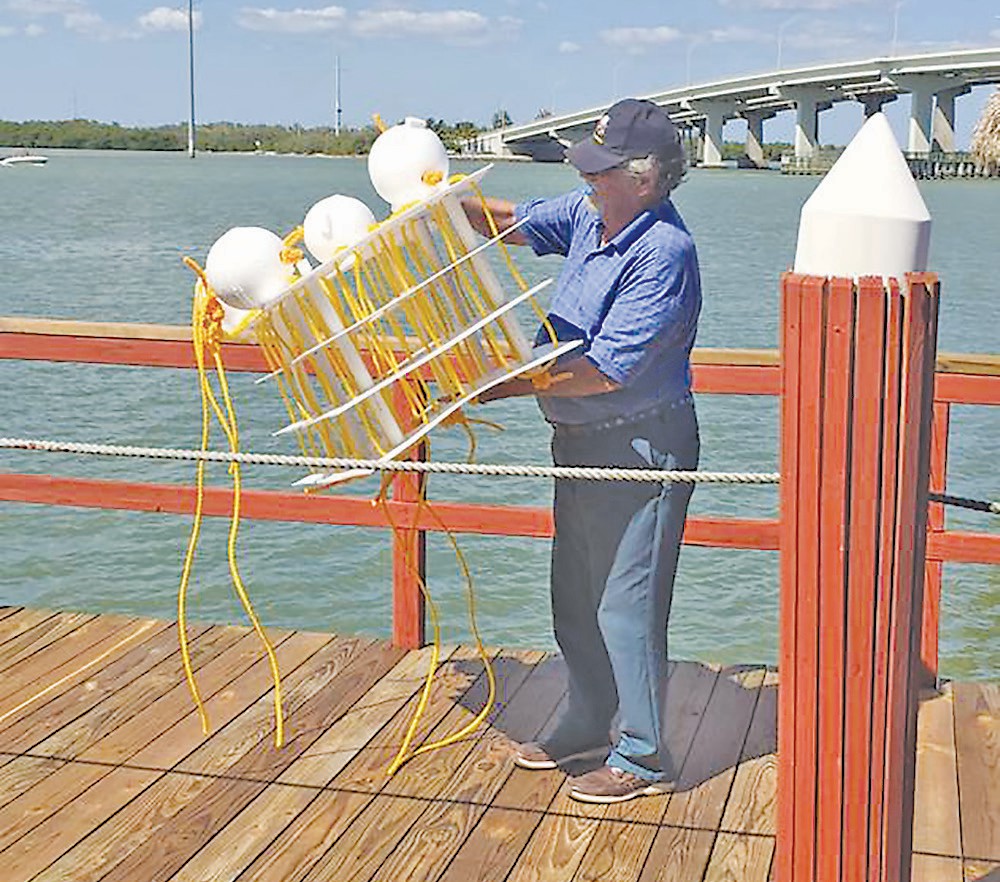 waters when the canal system was developed. Installing mini reefs under docks along the canals will be an opportunity to restore the water cleaning properties once provided by the mangrove root system. Just one habitat covered with invertebrates such as oysters, sea squirts, mussels and more, can filter 35,000 gallons per day and turn that water from green and polluted into cleaner seawater. This in turn will help to restore the canals to function as sustainable marine habitats teaming with a diverse array of fish, shellfish and other aquatic life.

In addition to the Yacht Club’s participation, many of its members and other local boat owners have installed mini reefs under their own docks. Currently, the 129 mini reefs installed on the island are filtering over 3.9 million gallons of water every single day. This amount will increase as the reefs grow to full maturity and others are added.