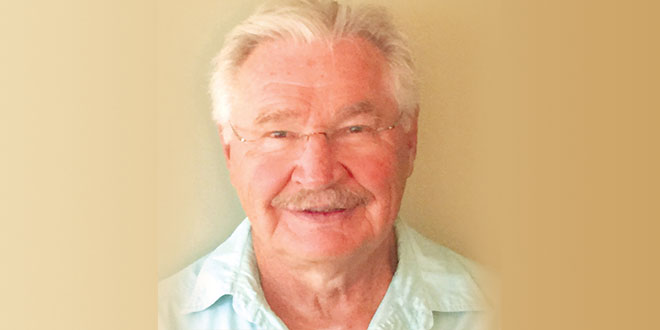 There has been a great deal of inaccurate and misleading information circulating, recently, regarding Veterans Community Park. As Chairman of the Parks and Recreation Advisory Committee (PRAC), I would like to correct any misunderstandings.

Let me begin by reviewing some history regarding the property. The 6.85 acre property, formerly known as “The Glon Property,” was purchased by the City of Marco Island for $10 million in 2003. The intended purpose was to maintain green space and add a multifunctional park for the enjoyment of citizens and visitors. The previous Veteran’s Park at the corner of Barfield and Collier Boulevard was renamed Founder’s Park. The Glon property was named Veteran’s Community Park at the urging of then Councilwoman, Terri DiSciullo, to reflect the inclusive nature and use of the park.

Shortly, thereafter, a committee was formed of community leaders, concerned citizens and veteran’s groups to meet with urban designer Kimley-Horn to create a plan for the development of the park. After many meetings, with open discussion and input from the public, three option plans, each included three structures (cultural center, bathroom facilities, and an amphitheater) were submitted for the City’s review in June of 2009. The anticipated cost for completion of any one of the three plans was approximately $30 million. All three proposals included a portion of the park dedicated to a Veteran’s Memorial. Because of cost restraints and city priorities, minimal action was taken by the city to develop the property. Elkcam Circle, which ran through the park, was closed off, sodded and became part of the park.

A citizen’s committee, “Trees are Cool,” successfully raised money, by way of donations and state grants, and planted several trees around the perimeter of the park. The Veterans requested permission from the city, and it was granted, to raise money by voluntary contribution to develop the northwest corner of the park for the Veteran’s Memorial. This year the three-phase project has been completed.

At the present time the park has been used for various functions—the Farmers’ Market, Seafood Festival, Christmas Tree Lighting, two visits by the Vietnam War Memorial Traveling Wall, and a planned 50-year celebration of Marco Island on November 21, 2015. Otherwise, it has been underutilized as a passive green space for the enjoyment of all citizens and visitors.

During the past two years the focus of the Parks and Recreation Advisory Committee has been to acquire public approval and City Council support for a new Community Center at Mackle Park. Following the November 2014 Referendum, the City Council approved spending $3.5 million on a new building. Preliminary architectural design and renderings show a 12,000 square foot facility. This has been downsized from a desired 16,000 square foot building due to a protracted approval process, including a required referendum. This resulted in increased construction costs. The PRAC has been monitoring the progress of the Mackle Park Community Center, and has requested public input at our monthly committee meetings.

Additionally, since December 2014 PRAC has turned its attention to more closely monitoring the other parks in the system, and specifically to review and develop a program for the completion of Veteran’s Community Park. This has included a review of the 2009 plans, and it has obtained citizen input as to the needs and desires of the community for the property in 2015.

Meanwhile, the City Council has engaged the services of the lobbyist Ron Book in an attempt to garner funds for various city projects. During the 2015 state legislative session, Mr. Book was able to obtain $400,000 for utility projects, $100,000 for storm water improvement projects, as well as $1.5 million for beach re-nourishment. The county had only requested $125,000 for this project for Marco Island. Mr. Book was also able to get legislative approval for $ 2.5 million for a building at Veteran’s Community Park. The funding was to be 1/3 by the state ($2.5 million) and 2/3 by the city ($5 million). The governor, however, vetoed many proposals including this project.

At the present time, City Council has directed the Parks and Recreation Advisory Committee and the Planning Advisory Board to evaluate the need and purpose of a building, as well as future development of the property at Veteran’s Community Park.

During the past several monthly meetings of PRAC there has been citizen and committee input regarding the building and the park. At the present time the committee members feel that a $30 million expenditure for the park is not in the city’s best interest. The plan accepted by the city in 2009 envisioned a 14,000 square foot performing arts center, a 10,000 square foot band shell, a 1.3 acre amphitheater with concessions and bathrooms, and a 0.6 acre plaza. Instead, a 10,500 square foot multiuse building is being evaluated by the city and PRAC with a 4,500 square foot patio and an outdoor stage. Veteran’s programs, including the American Legion, would operate in one of the available medium sized meeting rooms. This would NOT be a “full time service” Veteran’s Building or a “full service Veteran’s health clinic or health facility.” The city would own and manage the building. There would be space available, as needed, for meetings and as a source of informational reference material for the veterans and all community groups.

At the present time, the Parks and Recreation Advisory Committee is seeking citizen input regarding this building and future development of Veteran’s Community Park. This matter will remain on all PRAC agendas for the foreseeable future. The PRAC meets the third Tuesday of each month at 3:00 PM in City Council Chambers. The next meeting is at 3:00 PM on Oct. 20, 2015. We encourage all citizens with ideas and input to attend these meetings so that PRAC can develop a plan that matches the desires of the community. Although the city is positioning itself to apply for a state grant in fiscal year 2016, ABSOLUTELY NO FINAL DECISIONS HAVE BEEN MADE AT THIS TIME. Citizen input is valuable. We want to hear from you.