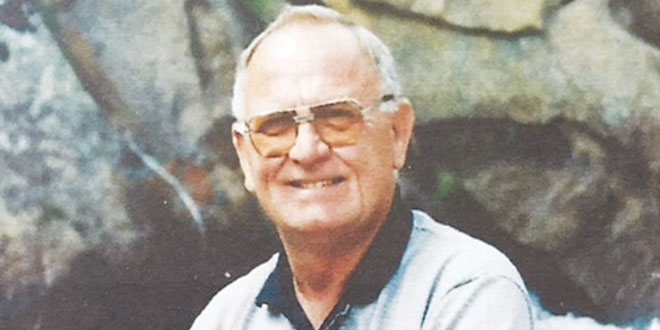 Darwin Wesley Teague:My dad, who taught by example and remains with me in spirit. PHOTO BY LAURIE KASPERBAUER

“My father didn’t tell me how to live; he lived and let me watch him do it.” Clarence B. Kelland

As Father’s Day approaches, I suppose it’s only natural that my thoughts float to memories of my dad more frequently than usual. He passed away nearly two years ago of complications from a neurological disease that was never definitively diagnosed. One day he fell in the kitchen of my parent’s home and throughout the 3 years that followed, his body cruelly failed him; one muscle, one nerve ending, one electrically-charged synapse at a time. In the end he was a much-exaggerated version of his former self. Unfortunately, the characteristics that amplified were not those that were most endearing, resulting in grief for the loss of my dad years before he left the earth.

In his lifetime, the man was able to ingrain in his four children some very important words of wisdom, and to set an example of exemplary work ethic, faithfulness and honesty. When my dad did something, I knew it was the right thing to do. And when he spoke, I never doubted his sincerity. So as I honor the memory of my dad this Father’s Day, I’d like to share the top two lessons he taught and reflect on their relevance in today’s world.

“Work before pleasure.” Chores were plentiful in my home growing up. We mowed and trimmed our yard, scooped snow and raked leaves. We washed dishes, sorted laundry and contributed to keeping the house clean. And every summer, from the time I was 9 or 10 years old, we detassled corn as a family. I doubt this would be considered a family activity in our current world. Without going into full detail, corn that is grown for seed has the top tassel removed to control pollination. It’s difficult work, but the money we earned working as a family was used to vacation as a family. My three siblings and I piled in the car, towing our pop-up camper, packed heavy with groceries and lawn darts, fishing poles and bug spray. With dad at the wheel and mom reading the map, we drove to Minnesota or Colorado and sometimes South Dakota, where we spent two full weeks camping. We fished and hiked and swam by day. We roasted marshmallows and slapped at mosquitos by the campfire each night. And it was worth every sweaty step; walking acres of corn, tugging at the tassels, to explore lakes and mountains and the pine forests of the upper Midwest.

However, my dad’s most famous quote, at least in my mind, was “Never let your desires get the best of your better judgement.” This saying was a mantra in my mind for a very long time. Which is not to say that I always followed the rule it implies. As a young child I often chased my desires with little regard to the consequences. If it looked like fun, I jumped in. I preferred the sweet chocolate of M&M’s over the bitter bite of spinach any day. I found sitting mesmerized in front of the TV was so much easier than opening a book and concentrating on the written word. But it wasn’t until I reached my teens that I made the conscious decision to frequently ignore my “better judgement” and allow my desires to rule. Not an anomaly during this transitional period, and fortunately my desires never led me too far down the path of poor judgement.

Even now the words of my dad continue to roll through my mind whenever a pivotal decision arises. I weigh the pleasure of what I want against the circumstances of actually having it, or doing it. Only now I recognize it as my conscience, though sometimes it still bares the image of my father.

For a man who never knew the theory of yoga, a man who probably never uttered the word more than twice in his lifetime, there was a pocket of his mind where yoga existed. He tapped into mindfulness while sitting in his fishing boat with bait loaded on the hook. It wasn’t really about snagging a fish. He seldom netted a trophy catch. I believe it was more about the calming effects of the water, and the quiet isolation he sought.

My dad was authentic. He did not conform to the conveyed pressures of others. He was faithful to his own character; privy to its fissures, yet unapologetically accepting of who he was. Yoga, in the form of authenticity, inhabited his spirit.

My father followed his own advice. He walked the talk. For him, work always preceded pleasure. And I can’t recall a single time when I saw him allow his desires to get the best of his better judgement. He was true to his beliefs. He was honest to his very core. And he loved us, his family, with intensity.

As this Father’s Day approaches I will honor my dad quietly through meditation and prayer. But each day of my life I openly miss the man who guided me by example, and stays with me through spirit.