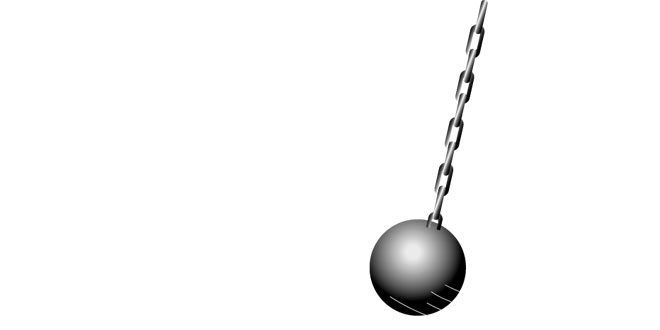 Because the investigation is active, MIPD could not provide any theories on how thieves were able to take the nearly two-ton, tear-shaped steel mass, but they do have some theories as to why. Marco Island Police Chief Don Hunter believes it might have something to do with secondary metal theft — the stripping of steel, copper, aluminum or other metal components (wires), fixtures (faucets) or appliances (air conditioning units) from construction and industrial sites, utilities (electric and technology), businesses, condominiums, apartments and single-family homes and then selling the metal to secondary metal recycling establishments and salvage yards. “We saw this a lot when I was sheriff,” says Hunter.

In fact, the problem became an epidemic of sorts during the recent recession, especially in Florida. Take the 175,000 feet of copper wire stolen along a 33-mile stretch of I-95 between Miami-Dade and Palm Beach counties in 2011. Also during that year, the Withlacoochee Rover Electric Cooperative racked up more than $300,000 in copper theft-related damage, while the Coconut Creek Police Department reported 65 steel drain covers stolen.

According to the Floridians for Copper and Metal Crime Prevention Coalition — a group of 30 businesses, construction and utility industry associations, and city and county governments — there are two reasons for the problem. First, when the housing bubble popped, hundreds of construction sites and unfinished subdivisions were abandoned, leaving incomplete structures unattended and open to anyone willing to seek out salvageable materials.

Then there was the rising value of copper and other metals, making the recycling of the materials highly lucrative. For example, while copper historically sells for about $1 per pound, the price now hovers between $3 to $4 per pound. Prices have increased so much on secondary metals that between 2005 and 2012 the Florida Department of Revenue reported the number of state-registered secondary metal recyclers quadrupled.

The Florida State Legislature saw this problem coming, and in 2008, lawmakers passed a bill instructing scrap metal dealers and secondary metals recyclers to collect detailed vehicle and personal information — name, address, phone, birthday, height, weight, distinguishing marks and employment status — from their customers. When that did not seem to deter thieves, legislators acted again, and in 2012, enacted a law tightening and clarifying the requirements. Now, scrap yards and recyclers 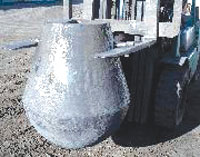 have to submit daily purchase reports to local law enforce-ment. If sellers use a name other than their own, are younger than 18 or fail to provide “reasonable” proof of ownership of the material they want to recycle, then there is no sale.

On Marco Island, Hunter indicates there have been “random thefts involving cop-per and metal,” and he notes that “regular checks are conducted via database of all scrap yard transactions in attempts to locate like items matching the description of the reported stolen items and identify a possible suspect.”

Even so, the trail appears to be cooling on the missing wrecking ball. The inves-tigation is made even more difficult because of the heft and size of the wrecking ball. In order to salvage the steel, the thieves would have to break it up into more manageable pieces. No scrap yard or secondary metal recycler is likely to accept it intact, Hunter speculates.

For Lieutenant Linda Guerrero, who heads up investigations for MIPD, it is a puzzle. “It’s a unique case; first time for us,” she says. “This is an active investigation until all significant investigative leads have been exhausted.”

• Metallic wire burned in whole or  in part to remove insulation

• Brass or bronze back flow preventer valve or water meter

• Any metal item that is observably marked upon reasonable inspection with any form of the name, initials or logo of a governmental entity, utility company, cemetery or railroad

• A copper, aluminum or aluminum-copper condensing or evaporator coil, including its tubing or rods, from an airconditioning or heating unit (excluding window units or motor vehicles units)