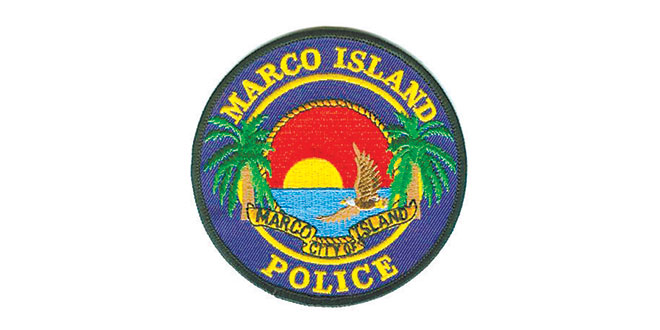 Marco Island has a permanent population of 16,413 and a service population of between 30,000 to 50,000. That computes to 2.12 police officers per 1,000 permanent residents, far less than many other Florida cities. For example, Sanibel reports a 4.01 to 1,000 ratio, Naples has 4.2, Mt. Dora has 3.89, and Venice reports a 2.31 to 1,000 ratio of officers to residents. Add on the regular full-time service population plus our seasonal population and Marco Island’s ratio becomes even more pronounced.

The police force can trace its origin to the 1999 creation of a public safety department, a combined police and fire agency. Less than a year later, the citizens of Marco Island voted to split the public safety department, thus retaining separate and distinct police and fire departments. On January 1, 2000 the Marco Island Police Department (MIPD), a force at that time of 23 officers, answered its first call for service. Six original members of that force are still MIPD officers today.

Today’s staff of 34 consists of a chief of police, two captains, seven sergeants, three detectives, two marine officers, one school resource officer, and 19 patrol officers. The minimum patrol staffing consists of four officers per shift. They work 12-hour shifts of either 6 PM to 6 AM, or 6 AM to 6 PM. The officers rotate shifts every four months, as per their Police Benevolent Association (PBA) contract. The budget for the MIPD is only $60,000 for overtime.

You may ask how this lean organization manages to do their job of evidence-based and community policing, effectively keeping Marco Island one of the safest cities in Florida. The answer is that they have help and support. 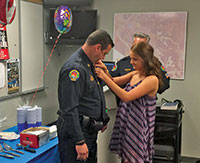 Current changes within the department that increase efficiency include the promotion of Sgt. Nick Ojanovac to captain and realigning Capt. Dave Baer’s concentration to code enforcement.

The MIPD collaborates with the Collier County Sheriff’s Office (CCSO) on many levels. Currently, the CCSO’s 911 dispatch/communications personnel provide all emergency dispatching. As a matter of fact, if you call the MIPD phone number between 5 PM and 8 AM, your call will be answered by the CCSO. The CCSO also provides jail facilities, SWAT, training, crime lab, D.A.R.E., FINDER, backup officers, air patrol, marine and K-9 services. The MIPD also coordinates their work efforts with the Naples Police Department and other local law enforcement agencies when necessary.

The MIPD is fortunate to have the tremendous support of the Marco Island Police Foundation and the community via the neighborhood watch program and assistance with crowd and traffic control during many Marco Island events. The foundation also assists officers and employees of the police department in emergency financial situations and maintains a scholarship fund for officers and their children.

You have heard the expression “It takes a village.” In this case, I think we can say, “It takes an island, and then some!” A lean organization, working with the community to maintain the safety and beauty of our island – that’s the MIPD.