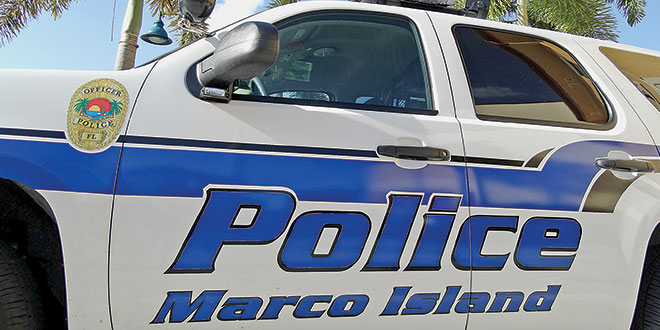 Monday mornings at the Marco Island Police Department (MIPD) are fairly routine for Police Chief Al Schettino and his staff. August 8, however, was not one of those normal Mondays; Schettino was called out from a staff meeting to take a call from an individual who had used the direct line to threaten lives and property at the Marco Marriott Resort by the use of explosives and sniper fire.

In return for not initiating the attack he wanted the City of Marco Island to pay an undisclosed amount of cash to avert the incident.

“Every potential episode you have such as this is different, but our officers are constantly upgrading their training and skill sets to be able to take the appropriate actions,” said Schettino.

“In this particular situation I stayed at the station to take the individual’s calls and attempt to negotiate with him regarding his demands, while Captain Nick Ojanovac assumed command at the site.”

Coordination of resources and personnel was something that Schettino and Ojanovac were extremely pleased with. “The Marriott staff, Collier County Sheriff’s office and the Marco Fire Rescue teams were all great partners in this event,” said Captain Ojanovac.

Until they could determine whether there was any validity to the threats, the department treated the event with the utmost of caution. “Captain Baer utilized Twitter and the administrative staff here at headquarters called surrounding condos and timeshares to make them aware of the event and cautioned 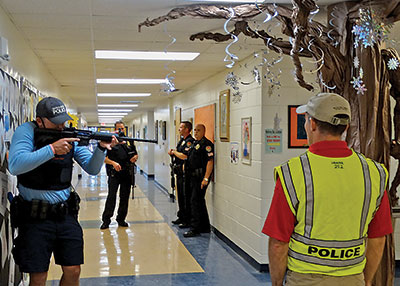 them to ‘shelter in place,’” said Schettino.

“Shelter in place” is a term that is used today to advise citizens to stay indoors and not expose themselves to the ongoing events in their neighborhood. The city’s CODE RED system was not activated for the event, but instead the department chose to do a “focused” advisory and did close the southbound lanes of South Collier Boulevard for a short time.

“Times have changed and incidents that have occurred both here in the United States and abroad provide law enforcement and first responders with an expanded set of challenges as we seek to keep our citizens safe,” said Schettino.

Captain Ojanovac would agree and expanded on the chief’s comments. “Our training in active shooter scenarios, both in public and private locations, is more important than ever. Also, the coordination with sister agencies such as Naples P.D., the Collier County Sheriff’s Office and our own fire/rescue personnel is extremely important,” said Ojanovac.

Training is key according to all of the Marco command staff; “We can’t get enough of it,” said Hector Diaz, one of the agency’s senior patrol sergeants and shift commanders. “Education, training and preparation is our greatest partner in the field,” said Diaz.

“I am extremely proud of the professionalism exhibited by our personnel, as well as all the other agencies which assisted us. We are somewhat isolated out here, so the initial response to incidents such as the one on that Monday is extremely important,” said Schettino.