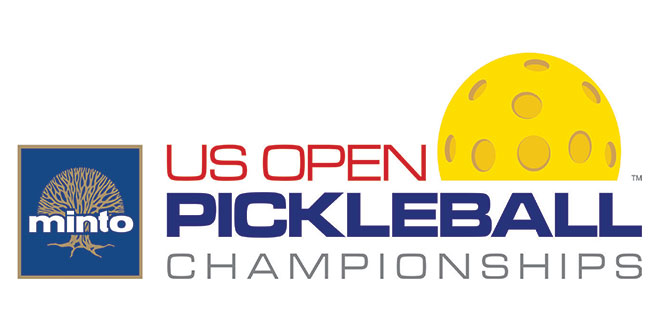 Minto Communities has signed a multi-year contract extension as title sponsor of the U.S. Open Pickleball Championships (USOPC) in Naples, Florida. The 2017 USOPC will be held April 23-30 at the East Naples Community Park. It is anticipated that 1,000 athletes will compete on the park’s 48 world-class courts.

According to USOPC founder and President Terri Graham, “This is a great partnership. Minto came on board for the inaugural event in 2016, and we are excited about continuing the relationship for years to come.” The inaugural USOPC event, held April 26-May 1, brought in more than 800 participants and 10,000 spectators, and generated an estimated two million dollars in direct tourism spending.

“Minto is proud to continue as title sponsor of the USOPC,” says Minto Senior Vice President William Bullock. “The USOPC brings people from all over the world to see and experience the great lifestyle that Florida has to offer. Minto anticipated the growing popularity of pickleball based on feedback from our homeowners, and we have included pickleball courts in many of our newest communities.”

Pickleball, considered to be America’s fastest growing sport, is a racquet sport that combines elements of badminton, tennis and table tennis. Two to four players use solid paddles made of wood or composite materials to hit a perforated polymer ball, similar to a wiffle ball, over a net.

Collier County Commissioner Donna Fiala was instrumental in getting funding for the pickleball courts at East Naples Community Park, and bringing the USOPC to Naples. For information on the USOPC, visit www.usopenpickleballchampionship.com.