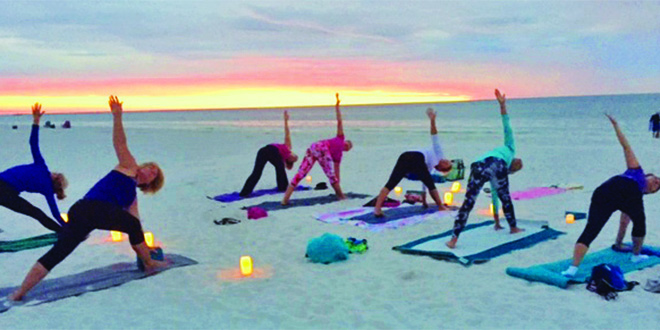 “Challenges are what make life interesting. Overcoming them is
what makes it meaningful.”
~ Author Unknown

In the late 1990s I was elected to the local board of education in my Iowa hometown. In my inaugural year, our board was asked to read a book as part of a team-building exercise. The book, “Who Moved My Cheese?” by Spencer Johnson is a story that follows four characters; Two mice named Sniff and Scurry, and two “littlepeople,” Hem and Haw. The characters all live in a maze-like setting with a big block of cheese, their favorite food. They enjoy the comforts of their shelter and plentiful sustenance without incident until they suddenly realize their cheese is disappearing and they are soon without food. Sniff and Scurry are nonplussed. They immediately set about finding a new source of food. But littlepeople, Hem and Haw are devastated, believing that someone else is to blame for their misfortune. Possible fraud or theft, or other evil intent ravaged their pantry. Attached as they are to the lifestyle they had enjoyed for so long, Hem and Haw wait in the same spot where their cheese once sat, expecting new cheese to be delivered at any moment.

This fable is a creative way of highlighting the fact that we sometimes become complacent, growing attached to the comfort of what we know, what we have, and what we believe. When disruption arises, how we react to it can mean the difference between suffering and freedom. A couple of things come to mind.

There’s little doubt that the result of our recent presidential election is a change tsunami.  And whether you favored red or blue on election night, most likely there was at least one moment when you looked at the likely outcome with jaw-dropping bewilderment. Change is coming to America. Our governmental cheese has been moved. For some, this is a welcome conversion and for others, a calamitous decision. But for all of us, it is something new. And new, in terms of an interruption to our level of comfort, often leads to fear. Fear of what we don’t know and fear of what we can’t predict. And fear walks us directly down the path of suffering.

Aparigraha in yoga-speak means non-attachment. In the book, “Who Moved My Cheese,” the littlepeople were very attached to their cheese. In fact, they were so attached, they moved their homes to be closer to it, and the cheese became the center of their lives. When the cheese disappeared, they were devastated by its loss and unable to see any advantage or opportunity manifest in its absence. On the other hand, their former roommates Sniff and Scurry held no such attachment. The loss of this particular block of cheese gave rise to adventure and they set out to find a new source of nourishment. The flexible little mice did not overanalyze their situation, they simply dealt with it.

On a much smaller scale, our beach yoga practice recently encountered the displacement of our cheese. On a Wednesday I read an email announcing the temporary closing of the South Beach parking lot and the South Beach walkway. The closure was to take place just a few days later. Momentary panic fired through my brain. How can our yoga students get to the beach without beach access? Where will they park? If we move to a new location, how will they find us? Will the confusion be detrimental to our followers? Stop and breathe. This is a bump, and yoga has taught me to better navigate the bumps in the road. So, using the example of Sniff and Scurry from the book, my fellow instructors and I went into action. We began spreading the word of our temporary move and looked at this change as an opportunity. By taking our practice to a new location we may bring awareness to those who don’t know we even exist on the south end of the beach. And so far it’s working. Yes, we encountered change, but riding the waves of the unexpected grants us freedom and opportunity.

Life has a way of throwing us lemons when we least expect it. We can sit among the citrus and curse the strong arm that wielded the fruit, or we can squeeze the tart juice into a pitcher, stir in a helping of sweetness and refresh ourselves with the concoction. We always have options.

If you’re looking for our beach yoga class between now and late December, we are setting up on the beach between Crystal Shores Resort and the Hilton. Access to the beach is located at the intersection of Collier and Winterberry. The South Beach construction project is scheduled to be completed by December 22. We will return to South Beach when it’s open.