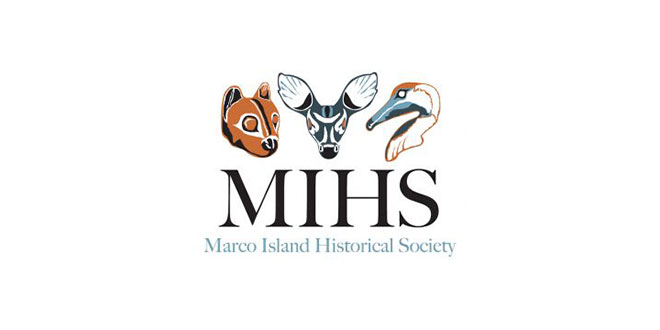 Mark your calendars for the upcoming 2016-2017 Florida Humanities Speaker Series, presented by the Florida Humanities Council in partnership with the Marco Island Historical Society (MIHS). The series features four fascinating lectures about Florida’s history, culture and people. Each speaker is a well-known and award-winning expert in his/her field; each lecture is accompanied by a PowerPoint presentation with an opportunity to ask questions at the end. All of the lectures will be given at Rose History Auditorium starting at 7 PM.

The Humanities Speaker Series will touch on a wide range of topics, including a historical examination of Florida’s earliest settlement days and the Revolutionary War, as well as a discussion of current concerns about the quantity and quality of water. Here are more details:

A Water Ethic for Florida.”

Florida’s economy and lifestyle is defined by its pure and plentiful water; idyllic beaches, ten thousand miles of rivers and streams, and nearly eight thousand lakes and a thousand more freshwater springs—the largest concentration of artesian springs in the world—cover the State. Award-winning environmental journalist Cynthia Barnett shows how one of the most water-rich areas in the world now faces water scarcity and quality woes and what can be done about it.

November 1, 2016: “Spies, Schemes, and the Sons of Liberty: The Shadier side of East and West Florida during the American Revolution.”

Dr. Roger Smith, local historian, well-known author, and frequent contributor to the television series Turn, a spy thriller set in 1778, will focus on various escapades of treason, revolutionary land schemes, spies, and espionage in Florida during the Revolutionary War and how these instances impacted the nation’s fight for independence.

March 7, 2017: “Franco-Spanish Struggle in 16th Century Florida:
Violence, Lies and Propaganda in the Age of Discovery.”

Dr. J. Michael Francis, one of the nation’s leading experts on the Spanish colonial experience in Florida, explores the early history of European settlement efforts during the 16th century, a process that began almost a century before Jamestown. His lecture will focus on the complex interactions among Europeans, Africans and Indians that helped shape modern Florida.

Master lecturer and award-winning author Dr. Steve Noll examines the relationship of people to the land throughout Florida, starting with Native American settlements. He concentrates on how Floridians have worked to turn water into land and land into water; how Floridians have gone from concerns of too much water to too little in less than a century; and how hurricanes have played a role in shaping Florida as both a state and a society.

Support for the Speaker Series is provided by the Florida Humanities Council with funds from the Florida Department of State, Division of Cultural Affairs. All are invited to attend. Historical Society members are admitted free of charge; nonmembers are asked to pay $10. Rose History Auditorium is located at 180 S. Heathwood Drive, Marco Island. For more information, call 239-642-1440 or visit www.themihs.com.