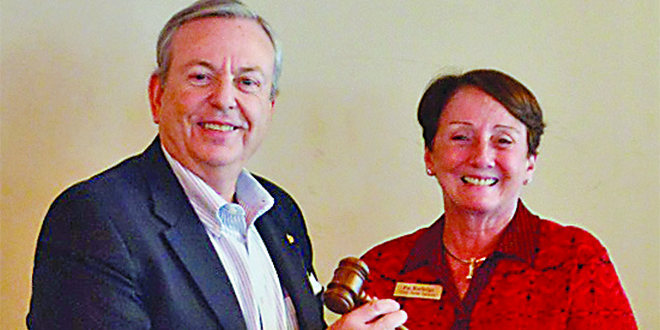 Business meetings have a reputation for being dull. But that could not be said of the Marco Island Historical Society’s (MIHS) end-of-the-year get together. The annual meeting combined a little bit of business with plenty of good food and a great deal of holiday cheer.

The setting for this affair was the Bistro Soleil at the Olde Marco Inn. Originally built by Captain Bill Collier in 1883 and the site of the dig that unearthed the Marco Cat and other significant artifacts, it was the perfect backdrop for this modern-day business meeting.

MIHS executive director and president of the board Pat Rutledge called the meeting to order, said goodbye to outgoing board members Heidi Berge, Gene D’Onofrio, Alan Sandlin and Tom Wagor, remembering some of their accomplishments, and then went on to introduce new board members: Allyson Richards, Cherry Smith, Jory Westberry and Shirley Van Barcic. “We are pleased to have such talented and committed additions to the board,” said Rutledge.

As for her own role in the Society, Rutledge will relinquish her position as board president, replaced by current board member Bruce Graev, but will continue as its executive director. Over the years, Rutledge has been a dedicated volunteer and was recently awarded for her 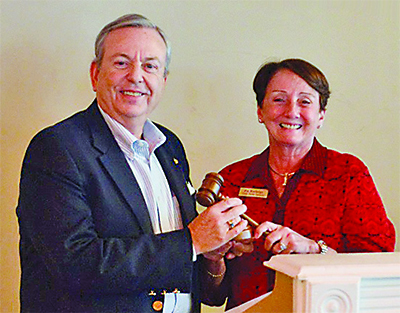 volunteerism. Knowing first-hand what is involved in giving your time to an organization, Rutledge took a moment to honor the volunteers in the audience who have also worked tirelessly for the good of the Museum.

Rutledge also gave her audience a glimpse of what is expected in the future. The Historical Society now has the staff, structure, policies and procedures of a developed organization, ready to “maintain the award- winning Museum’s position as the ‘Crown Jewel’ of the Collier County system.” The third and final permanent exhibit, featuring the Pioneer Period of Marco Island history, is due to open in January. And efforts to secure the loan of the Key Marco Cat and other important artifacts to the Museum continue with a target date of winter 2018. “We have made great strides…but this is ongoing work…stay tuned,” said Rutledge.

The afternoon ended on a “high note.” Linda and Alan Sandlin, well-known Island entertainers, serenaded the audience with a medley of Christmas songs guaranteed to lift the spirits. Plus, luncheon organizers extended good will well beyond the confines of the meeting. The price of admission included an unwrapped gift suitable for a child. The gifts were later delivered to the Guadalupe Center for Kids, an Immokalee-based charitable organization.