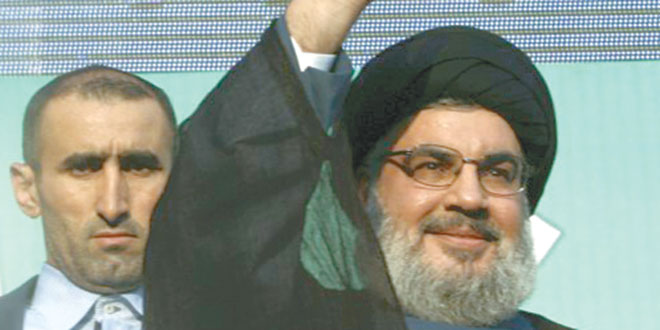 Events in the Middle East are heating up rapidly and will most probably be coming to a conclusion; one way or the other very soon. In order for the readers to connect the dots and make their own conclusions, I will list my interpretation of the latest events and the countries involved.

SYRIA
By far the most dangerous situation of all is playing out in Syria. Dictator Bashar Al-Assad is taking advantage of the rudderless and leaderless West and has been indiscriminately killing his own people for the last year or so. The latest news as of the writing this article is alarming.

It is being reported that Al-Assad has started moving chemical weapons which he possesses and according to some reports has started mixing them. It is not clear that he has ordered his military to load them into warheads. The chemical he is threatening to use on his own people is Sarin, or GB. It is a colorless, odorless liquid used as a chemical weapon owing to its extreme potency as a nerve agent. It has been classified as a weapon of mass destruction by UN Resolution 687. Production and stockpiling of Sarin was outlawed by the Chemical Weapons Convention of 1993 where it is classified as a Schedule 1 substance. This is precisely the same chemical Saddam Hussein used on the Kurds back in March 16, 1988

I am one of those who suspected that Saddam moved his chemical weapons into Syria just before the US invaded and Al-Assad must now be in possession of large quantities of this chemical. Sarin has a shelf life of around several weeks to several months after being mixed and it will lose its potency if not used. Will Al-Assad use it on his own people? The consensus around the intelligence communities is that he will if he is cornered and he has nothing left to lose.

Of course, much still depends on if the Russians will either let him or lose control of him. Here is where the wild-cards enters the picture; Mullahs in Iran supply Al-Assad with arms, ammunition, oil and funds. If the Mullahs feel that Al-Assad is going to lose total control his government, this will effect Iran directly and at that point they may go ahead and push the issue. One must remember that the people fighting to remove Al-Assad are Sunni Muslims whereas the Iranians are Shia and they would surely hate to see their neighbor Syria run by a Sunni government. Al-Assad’s family and the rulers of Syria are Alawites (A prominent mystical religious group centered in Syria and control the government who follow a branch of the Twelver school of Shia Islam) and they are close

to the Shia in Iran.

TURKEY
Turks are most affected by the events in Syria. Tayyip Erdogan, the Islamist Prime Minister of Turkey who had been enjoying a great deal of economic success, was a good friend of Al-Assad until he started killing his own people – mostly Sunni Muslims who professed their respect for the Turkish PM and even referred to him as their Sultan. The relationship totally turned sour after the incident where the Syrians allegedly downed a Turkish Air Force jet over the Mediterranean. Erdogan publicly vowed to take revenge but was subsequently rebuffed as a result of Russian Prime Minister Vladimir Putin’s intervention on behalf of the Syrians.

Boldened by Putin’s actions, the Syrian’s upped the ante by shelling villages near the Turkish border causing many deaths and over 100,000 Syrian refugees to flood into Southeast Turkey. This is now a very costly economic and political headache for the Turks. To complicate the matters more, PKK (Kurdistan Workers Party); a Communist organization which has since 1984 been fighting an armed struggle against the Turkish state for an autonomous Kurdistan and greater cultural and political rights for Kurds living in Turkey was encouraged and given permission by the Al-Assad regime to move along the Syrian – Turkish border. They immediately started making armed incursions into Turkish towns and military installations along the border, causing death and destruction. Fearing an

attack from the Syrians, Turks recently asked NATO to move a number of Patriot anti-rocket batteries along the border and this has been approved. Approximately 300 Dutch soldiers along with a number of American advisers and CIA operatives are now positioned on the Turkish side of the border adding further complications to the situation on hand.

IRAQ
After the American military forces left and Iraq returned to their usual internal conflicts between the Shia majority and Sunni minority as well as with the Kurds in the North who control the oil and gas; they have now picked a fight with their neighbors and friends, the Turks. Iraq is one of Turkey’s most important trading partners and losing good relations with them would be a huge blow to the Turkish economy. Iraqi Prime Minister Nouri Al-Maliki recently accused the Turks of cutting deals with the Iraqi Kurds in the north led by Kurdish Massoud Barzani without the knowledge and permission of the central government. The Iraqis last week turned back the Turkish Energy Ministers’s airplane in mid-flight back to Turkey citing there was no invitation to justify the trip.

LEBANON
Hezbollah is in control of south Lebanon and now possesses long range FAJR-5 rockets obtained from Iran which can go as far as Tel-Aviv and cause serious damage if they can successfully penetrate the new Iron Dome anti-rocket systems deployed by Israel. Hezbollah is

also suspected of helping Al-Assad in Syria since Al-Assad supplied much of the funds and many of the weapons to Hezbollah in the past.

GAZA STRIP
Hamas has won the last elections and they are the de-facto government of the Gaza strip. Hamas leader Khaled Meshaal, in a defiant speech during his first ever visit to Gaza, told a mass rally on Saturday December 7, that Hamas would never recognize Israel and pledged to “free the land of Palestine inch by inch.” Hamas also possesses long range FAJR-5 missiles obtained from Iran and have recently showered Israel at will with them causing damage in the outskirts of Tel-Aviv.

JORDAN
One of the very few friendly Arab countries in the Middle East who in the past cut deals with the Israelis is a Kingdom whose ruling family are Hashemites whereas the majority of their population is Palestinians. Some will recall that King Hussein, father of the present King, Abdullah II was married to an American, former Lisa Halaby, daughter of former Pan American Chairman Najeeb Halaby. She is now called Queen Nour and is liked by many in Jordan. Despite all that, recent developments in Jordan indicate possible trouble for the King soon and in some circles, the idea of a possible coup which may topple him is being discussed. Recent arrest of eleven Al-Qaeda terrorists who were in the country to blow up

shopping centers and hotels indicate how difficult things could get in a hurry.

ISRAEL
Israelis are now faced with rockets coming in from the South and the North as well as worrying about the progress of the Iranian nuclear weapons program. Prime Minister Benjamin Netanyahu indicated earlier this year that the Israelis have a red line beyond which Iran will not be allowed to go in their quest for nuclear weapons at any cost. For the Israelis, this is a matter of life and death. Facing a Syria possibly ruled by either the Muslim Brotherhood, a branch of Al Qaeda or Hezbollah is not going to be acceptable to them.

IRAN
The greatest evil of all in the area, Iran is going full speed ahead trying to develop their nuclear weapons. Having figured ingenious ways to circumvent the US embargoes, they are the major suppliers of weapons to terrorists, insurgents and anti-government forces in the Middle East and Africa. The latest news out of Iran indicated that the Iranians have been selling natural gas to Turkey and circumventing the US embargo by accepting Turkish Lira as payment (they can’t use Dollars and Swift service for funds transfers) and then turning around and buying gold from Turkey using the same Turkish Liras which is a non-convertible currency. When asked how the gold was leaving Turkey (it is against the law to remove gold in 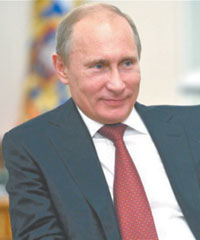 large quantities from Turkey without government permissions), the Finance Minister of Turkey said, “We are not sure how the gold is leaving the country!”
At this point in order to help (!) the reader connect the dots, here is a brief summary:

Iran is exporting weapons to all their neighbors and upsetting the Israelis and the Americans. Israel has drawn a red line indicating that should Iran pass that point in time, Israelis will act. Hamas and Hezbollah terrorist organizations have obtained long range rockets from Iran and are threatening Israel with them. Syria is falling apart and Dictator Bashar Al-Assad is threatening to use chemical weapons on his own people if the insurgency against him is not stopped. Syrian populations have been leaving in masses and over 100,000 of them are now living in refugee camps in South Eastern Turkey as well as another 300,000 in Iraq, Armenia and neighboring countries. Iraq is accusing the Turks of cutting deals with the Kurds. PKK, the Kurdish Communist Party moved their militants to the Turkish-Syrian border. US Government issued another one of the regular, very scary threats to Syria that “if they use any chemical weapons on their own people, there will be severe consequences.”

Other than all the above mentioned on-going events, everything is fine in the powder-keg known as the Middle East. Just watch out before you strike a match. The whole world may blow up.

And what is the “fiscal cliff” anyway?