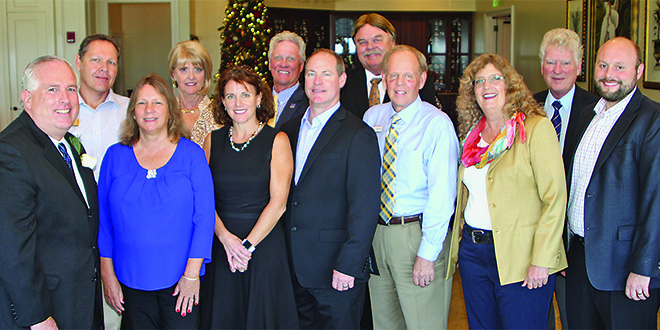 Mike O’Rourke said his goal as the new president of the Marco Island Area Association of Realtors (MIAAOR) is a simple one: to support members as they work to log more sales.

“I think the goals for the board that we’ve outlined is to really try and help and nurture our realtors and all the great affiliates with MIAAOR, to sell more properties on Marco Island,” he said. “That’s really the focus we’ll have across the organization.”

The Marco Island Area Association of Realtors recently introduced its slate of officers and board members for 2017 at a luncheon held at the Hideaway Beach Club.

“I’m very excited,” said O’Rourke, owner-COO of the Sandlin Real Estate Team at ReMax Affinity Plus. “There’s such a great group of realtors here on Marco Island. I think the relationships that exist in trying to help each other and to help this special place are fantastic. I’m very honored and excited to continue to try and help MIAOR move forward.”

He has previously served as a board member in 2013 and as secretary-treasurer for 2014 and 2015, aside from being MIAAOR’s president-elect for 2016. O’Rourke succeeds the late Dick Shanahan, the long-time realtor, civic leader 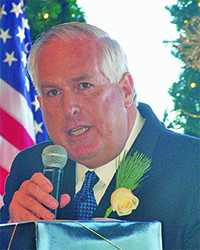 and volunteer who passed away in October.

The Unsung Hero award for assisting MIAAOR’S president during their term went to Bill Filbin, a realtor-broker with ReMax Affinity Plus, while the President’s Special Award was presented to Lee Rubenstein, a realtor with Berkshire Hathaway HomeServices Florida Realty. Both men are also known for their involvement as community volunteers.

“I think there were some really good examples of the things that realtors are doing to help the Marco Island community,” said O’Rourke.

Elliott, a realtor with Keller Williams, will be entering his second consecutive year as an MIAAOR officer, having served as secretary-treasurer for 2016. “I’m kind of humbled actually,” he said of being chosen as president-elect. “It’s a vote of confidence by the realtors who are members of the association.”

When asked for his goal for 2017, Elliott said he simply wants to learn as much as he can to be an effective president.

“Being the president elect is like a learning year before you become president,” he said. “You learn a lot more about the “professionalism of realtors, the activities that realtors participate in.” Elliott said he’ll be absorbing much of that information by attending about six conferences over the coming year in Orlando, Tallahassee and Washington, DC, that are held by the National Association of Realtors and the Florida Realtors organization.