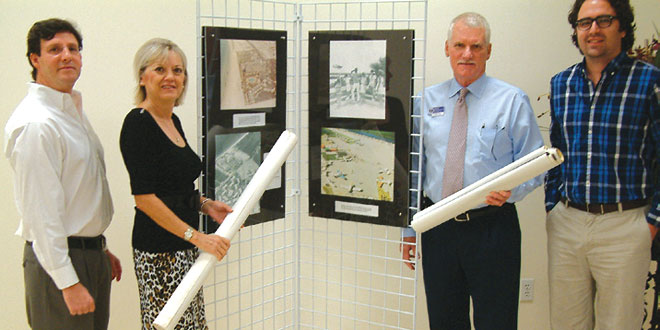 The rich history of Marco Island spans thousands of years, reaching as far back as the Calusa Indians. Then there were the early settlers such as the Barfields and the Colliers. As Marco continued to grow, much of the look of the land changed, providing developers and realtors the chance to create pieces of paradise for family after family.

The photographs are comprised almost entirely of aerial shots of Marco Island, most taken in the early 1980’s and 1990’s, with some dating as long ago as 1952. The dramatic transformation of Marco Island is captured vividly in these 369 prints. The five films, however, remain a bit of a mystery because the museum does not currently have access to a 16mm film projector. With titles like “Marco,” “Natural Florida,” and “Marco Island – Get Away From It All – Have It All,” the films surely offer an important glimpse into Marco Island’s recent history. The MIHS plans to convert these 16mm films into DVD’s in order to view their contents and evaluate their suitability for public viewings and future exhibits.

The generous donation by the MIAAOR was received with sincere thanks by the members of the Marco Island Historical Society. The relics received are a dream for local historians and will be around for visitors to learn from for years to come. The MIHM and MIHS are truly grateful for the gift received from the MIAAOR.