Build it and the fish will come

MIA students stand proudly behind the mini reefs they completed, which are headed to Smokehouse Bay and docks on the island’s north side. Photos by Maria Lamb

Marco Island Academy science teacher Jerry Miller’s class was a hub of activity on May 4. That day his students paired up in teams to construct mini reefs, to be installed under docks in various locations on Marco Island.

According to Miller, “The students are doing something positive for the community by helping restore the quality of the water under the docks and hopefully bring back the population of fish. This hands-on experience is important for the students.”

Chadd Chustz, environmental specialist for the City of Marco Island spoke to the students on the importance of the habitats they were constructing. According to Chustz, “The sea walls do not provide surface areas for oysters and 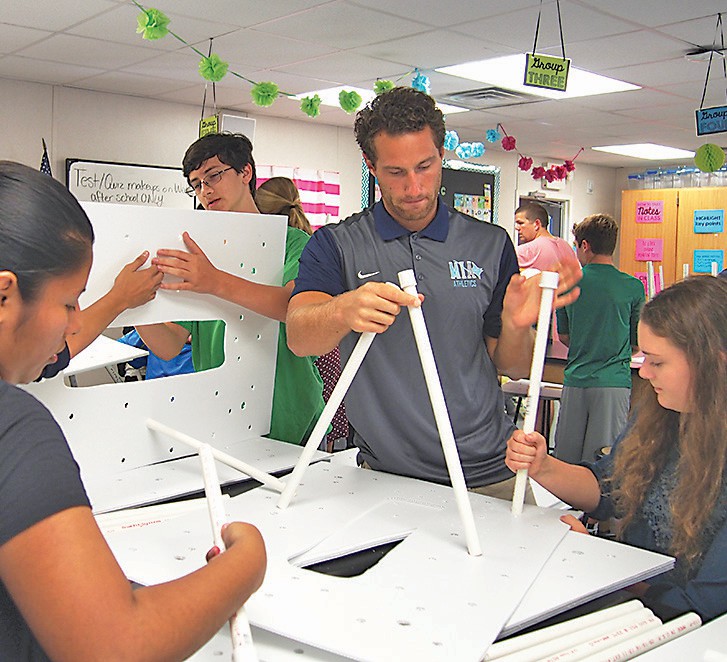 other organisms to grow.” Chustz showed photos of rip rap type sea wall vs. vertical sea wall construction. “Crabs, oysters, fish and marine vegetation thrive in a rip rap wall. The mini reefs will provide a viable alternative for crustaceans, fish and mollusks to thrive, as well as filter the waters under the docks.” 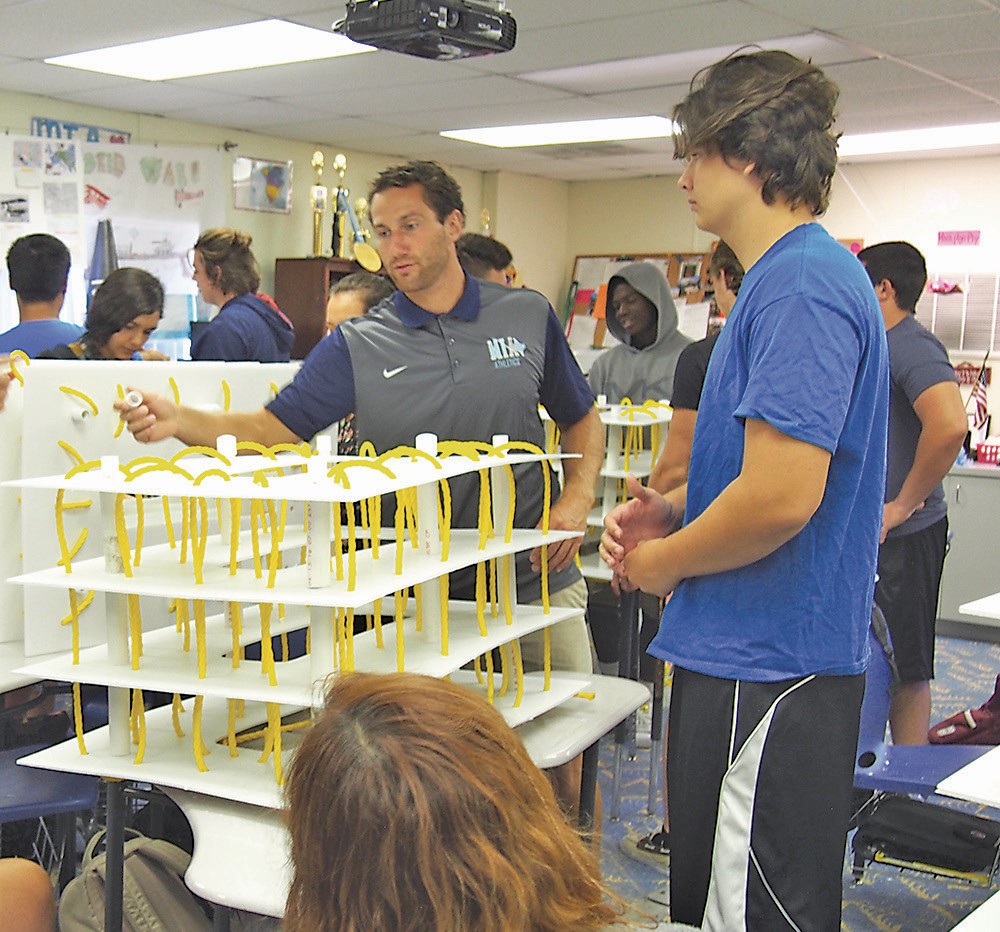 Making sure the end caps are fitted correctly during the final stage of construction.

If every dock on Marco Island had two mini reefs underneath, it would clean 280 million gallons of water every day and 4.2 million juvenile fish would have a home and food to eat.”

Rookery Bay will be installing a unit at their Shell Island location.

According to Wolff, the students at MIA can expect more hands-on marine science for next year. As part of the mini reef project, the students will be able to go out and inspect the underwater units and check on the marine life

MIA students worked in teams of two, spending one hour to finish a mini reef.

growing around the habitats. Wolff is hoping to install small sampler units throughout the island canal systems so MIA students can see what grows in island canals at different locations. Students will also be able to conduct water quality testing analysis at the sites where sampler habitats are located. These activities will provide the students a chance to work on a long-term science project by using the data collected.

Jim Timmerman, a resident and supporter of the project from its inception, is hoping to incorporate the students’ canal water testing data as a supplement to the city water quality testing.