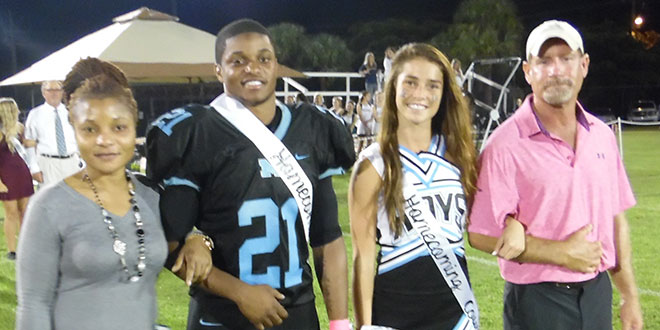 Michel is on the football team and Reisinger is a member of the cheerleading squad. Both are outstanding student athletes.

Michel came to the school as a sophomore while Reisinger has gone all four years to MIA. They were the top vote getters, chosen by the student body.

Michel smiled when he 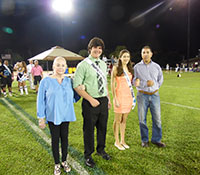 noticed that glitter from his crown was all over his football uniform.

“I have enjoyed MIA,” Michel said. “It has been an advantage going to a smaller school.”

Reisinger said, “I am honored. It means a lot to be voted (Queen) by the students. I am glad I chose to go to MIA all four years.”

Representing the 10th grade were Olivia Watt, escorted by 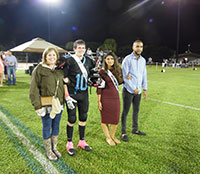