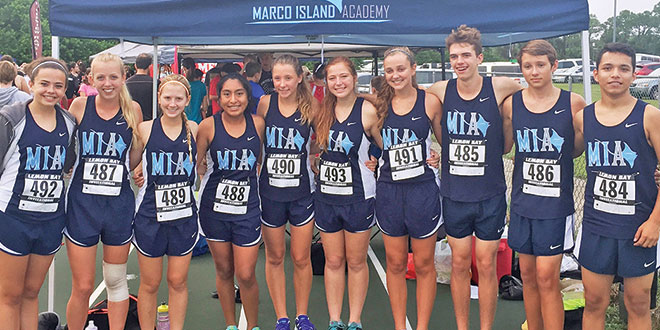 Today, coach Bruce Kretschmer is smiling as he has full girls and boys teams to compete in Class 2A-District 10.

In the Lemon Bay Invitational on August 27, out of the 20 teams from all school sizes, the MIA girls came in 12th.

“That is a good time for her first race of the season,” Kretschmer said. Last season she was steps away from getting out of the regional and running at state.”

Danya Zarate was 78th, Kayla Kladis, 87th and Teagan Havemeier was 94th to round out the top five. Morgan Jones and Julia Wagner fill out the seven-person team.

Just two of the boys team were able to go to the meet. Cameron Zuck finished 75th in a time of 22:44 and Juan David Patino was 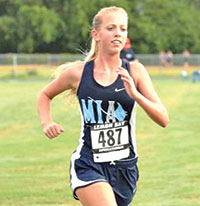 Krestschmer expects to have a full team of boys at the Estero DDD Sommer Invitational on September 3. Kretschmer is looking forward to co-hosting with the Marco Island Charter Middle School, the Rays Eagles Invitational on October 2 at Mackle Park.

Kretschmer said the girls have been competitive the last two years.

“I can see them getting out of the districts into the regionals this year,” he said. “They missed last year by just 15 points.”

In cross country the competitors are given points by the place they finished in the race, with 1 being the best.

“I’m not too worried at this point about where they finish, they are having fun and enjoying themselves,” Kretschmer said.

The Lely boys, led by Marco’s Cody Demalavez, who placed third and Kole Bartos, who raced to fourth, won the boys title.

For Lely girls, Rosie Poling of Marco raced to fourth, and the girls team was fourth.