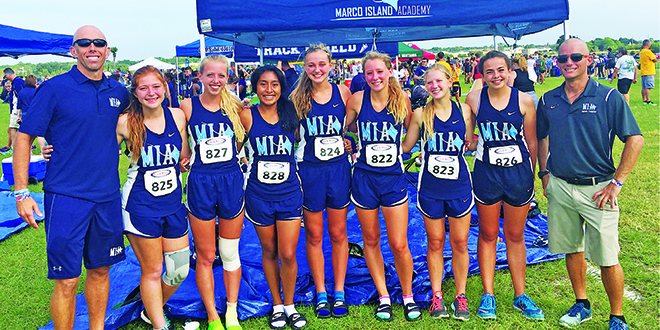 On Saturday, November 5, the best runners in the State of Florida competed on the storied permanent cross country course at Apalachee Regional Park in eastern Tallahassee. It is one of the few permanent cross country courses in the U.S. Its layout is considered so ideal that in addition to the Florida high school championships it has hosted NCAA regionals, FSU Invitational, and ACC championships. Cameras are placed throughout the course relaying live pictures to the spectators, who can watch the race on giant display boards. Updates on racers’ times are broadcast constantly. It is that big a deal. At 10:05 AM, the 175 qualifiers in girls Class 1A surged from the starting line onto the 5K (3.1 mile) course. Marco Island Academy (MIA) was represented in the person of junior Olivia Watt, who was completing a record-breaking season at the school. Watt had broken numerous school and meet records during the year, ultimately leading the girls team to the regional finals the week before. Watt’s first place finish at the district meet on October 20th was decisive in lifting the team into the regional meet at Lakeland, on October 28th. There, her fourth place finish of 20.16 (her third best of the season, 19.45 being her best), in a field of 329 runners, propelled her into the state championships. Now, on November 5, for the first time ever, she was wearing MIA’s colors on the biggest stage in Florida. 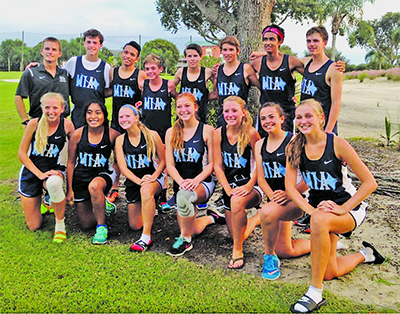 Coach Bruce Kretschmer (“Coach K”) liked what he had seen of the course. “It had some undulating hills and one huge hill, which the runners were calling “the wall.” he said, “There was a lot of shade and different terrain. They put on a great meet.” In the field of 175, Watt finished 20th with a time of 20.06, tying her second best time of the season. The race was won by Grace Blair (18.23), Oak Hall School Gainesville. Livvy Watt also liked the course. “The race was different from any race I had run before,” she said, “[Although the running lanes were large], I always had multiple people around me pushing hard to advance to the next place. [I was never alone.] The competition was really elevated and intense.” There was a feature of the course she had never encountered before. In addition to the many hills, there was a particularly steep one. There was, she said, a very steep hill ¼ of a mile long. “The runners referred to it as ‘the wall.’ All runners had to ascend it twice – once in the middle of the race and again just before the finish.” Livvy and her coach are already thinking about next year. “Olivia ran very well against an extremely talented field,” Coach K said, “She is already talking about bettering her time and place next year.” Watt need only shave a little over a second off her best time to beat the winning time on Saturday. And she has all year to do it.