MIA Brings Music Teacher on Board 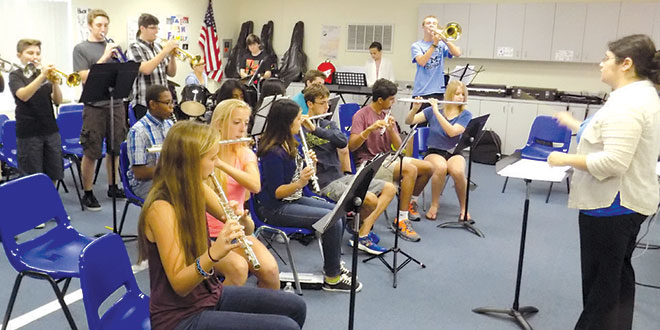 Lianna Fried comes to MIA from Hofstra University in Hempstead, Long Island, where she has bachelor’s and master’s degrees in music education. Fried was born in Brooklyn and grew up in Levittown, Long Island, a short commute from Hofstra.

Fried has a brother who played bass for a while, but there are no other musicians in her family. “My mother couldn’t even carry a tune,” Fried said. Fried was originally attracted to music when she was eight. “It was a good way to get out of class,” Fried recalled. Then her music teacher demonstrated all the musical instruments to her 3rd grade class. “Actually seeing and handling the instruments kindled my desire to play and perform on one of them. I liked the way they sounded.” Fried was picked to study the clarinet. She went on to excel in her elementary school band and orchestra.

In middle school Fried hit a speed bump on her musical journey. “I wasn’t getting a lot from the middle school band and orchestra director. I expected him to be more challenging and engaging.” She soldiered on, until MacArthur High School where she had a music instructor, which from her description, was straight out of “Mr. Holland’s Opus.” “He seemed to be happy at what he was doing, and actually cared about his students,” recalls Fried, “He made a point of getting to know every member of their 80 member band before the first practice each year. He worked with his students to help them realize their potential.” Mr. Romano took a chance on Fried, and allowed her to switch from clarinet to oboe. Fried went on to play first chair oboe in the high school orchestra.

As a senior, she played clarinet in the band. The other three years she was a band color guard. For her dedication, Fried was accepted into the Tri-M Music Honor Society, described in their prospectus as “the international music honor society for middle/junior high and high school students. It is designed to recognize students for their academic and musical achievements, reward them for their accomplishments and service activities, and to inspire other students to excel at music and leadership.” 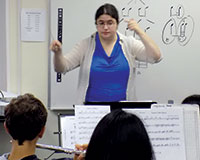 a Presidential Academic Scholarship to Hofstra University. Her experiences with her middle school and high school music instructors were pivotal in motivating Fried to become a music teacher. “I knew I could do a better job than my middle school instructor,” Fried said, “I saw from Mr. Romano, the motivation a music teacher could instill in the students. I wanted to be a part of that. I could not envision a life without being a part of a musical group.”

Hofstra University has a student enrollment of just under 7,000, and is located on 240 acres outside New York City. While there, Fried totally immersed herself in preparing to be a music teacher. “I wanted to be able to teach students in all facets of music. The Hofstra Music Ed program was well positioned to prepare me for this,” said Fried. During her years at Hofstra, Fried played oboe in the symphony orchestra, sang alto in the choir, and played in various musical groups, including the chamber orchestra and pit orchestra for operatic productions. She also toured with the Gemini Youth Group Orchestra, performing in Paris, Antwerp, and Amsterdam.

Fried finished her studies in May 2015, when she received her master’s degree. She learned, online, that MIA was looking to fill a full-time performing arts position, which would require teaching band, chorus, film, debate and theater. Fried sent her resume, was interviewed via skype, hired in July, and began teaching in August.

This semester, she has the band members from 8 AM to 10 AM, five days a week. Next semester, during the same time period she will have the high school chorus. “My goal for this year is to get these performing arts classes off the ground.” Fried says. She also intends to have a spring chorale concert, possibly in combination with a woodwind ensemble. The band will be playing at homecoming and a pep rally, and at the island Christmas parade.

“Next year I am hopeful of being able to offer band and chorus on a year-round basis” Fried says, “It is hard on the kids’ progress to spend a full semester with no band or choral instruction.” Fried envisions a band of 70 or 80 members. She now has 20. At some point she hopes they become good enough to participate in parades at such places as New 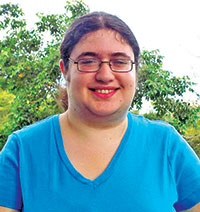 York, Disney World, and Hershey Park. “Those kinds of trips were a morale builder and motivator for me in high school,” recalls Fried, “I would love for the kids to have this experience.”

After Fried has the program on a sound footing, she will start the process of coordinating with the Marco Island Charter Middle School (MICMS) to “establish a feeder program” so that MIA can effectively accommodate and integrate incoming musicians. In the meantime she does have some immediate needs.

Number one on the list is an upright piano on wheels, with a bench. This will be necessary by January 1, when chorale practice begins. “Right now, we only have a small keyboard. We badly need a piano, particularly to support our chorale,” says Fried.

Number two is a tuba. The band is now composed almost entirely of upper register instruments – trumpets, clarinets, flutes and alto saxes. These perform admirably. However, there are now only two lower register instruments – a trombone and a baritone horn. Although these two guys play their hearts out, they could use some support in creating a full-bodied band sound. “A tuba would certainly solve a lot of problems,” Fried says. There is already a volunteer to learn it. Fried can teach it. She can teach any instrument commonly found in a band or orchestra. A tuba is expensive (starting at about $2,200), whether new or used. It is currently beyond the reach of the music department.

Number three is a group of lower register instruments, which would further help to create the booming full-bodied sound of a concert or marching band. These instruments include a euphonium, tenor sax, baritone sax and bass clarinet. “We can’t get the kids to play these instruments unless we have them,” says Fried, “It’s kind of like if you build it, they will come.”

Number four are some percussion instruments to fuel what Fried hopes will become a snappy marching and pep band. “Nothing fires up the crowd like a good drum section,” notes Fried. As a former high school drummer, I can only say “Amen.” The band needs a concert snare, marching snares, marching quads and a bass drum. I am guessing that a set of crash cymbals would also be welcome.

If you can help with any of these instruments, please get in touch with Barry Gwinn at 239-642-7935 or bgwinn@comcast.net.