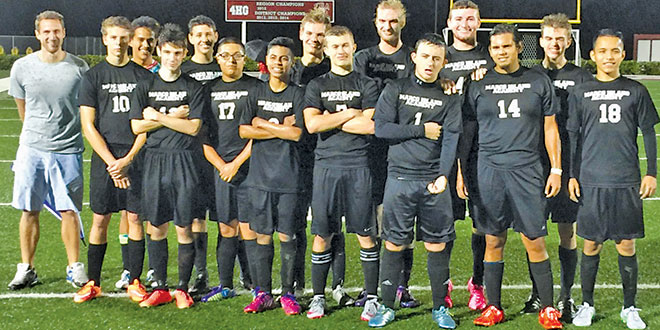 I have been watching the Marco Island Academy boys practice and have introduced myself to some of them and to their coach, Jerry Miller. They are spirited likable young men who like their coach and are working hard. I feel the same. I hope to report on their upcoming games. These guys deserve some attention.

Jerry Miller teaches Environmental Science MIA. This is his first year coaching the team. The team has compiled a 3-1-10 record so far. In their 3 wins they scored 20 goals and pitched a shutout against First Baptist Academy. Two of their losses were by only one goal. This season striker, Collin McMullen, has 22 assists, midfielder, Jordan Barrett, has 13 assists, and goaltender, Cam Olgin, has (wait for it) 159 saves. Coach Miller tells me that each of their respective stats “lands them among the leaders in the nation.” Kudos to industrious statistician, Dan Sweeney, who faithfully keeps track of this stuff for posterity. “Cam Ragan has done an outstanding job as a sweeper, while Omar Rodriguez has done a little bit of everything for us this year,” said the coach.

Next up is Seacrest Country Day School, 4:30pm at Winterberry Park.