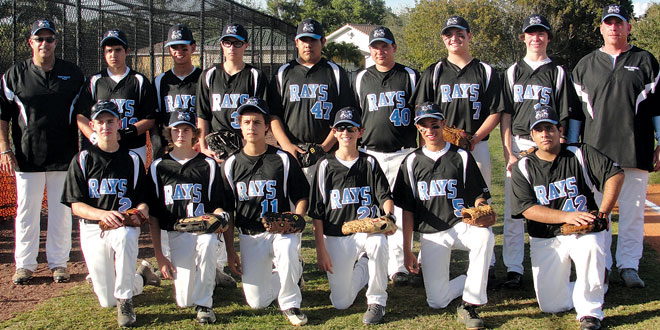 These are the fundamental components of baseball, and for Marco Island Academy baseball’s head coach, Andrew Delgado, they were the key to his team’s success in the 2013 season.

“The score board is not what is important,” says Delgado. “I teach fundamentals. (The fundamentals) win ballgames.”

This was a sound coaching philosophy for Delgado and the Manta Rays this year. In only its second season, the MIA baseball program finished with a record of 7-9 — an impressive feat when one considers that the team finished 1-8 last year.

“This year has been great,” Delgado notes. “We played (16) games this season. This is huge for this program. Our goal was to go 500. We played a lot 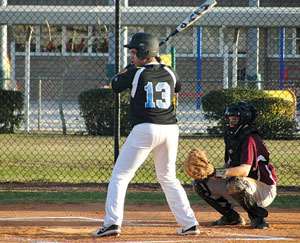 Andrew Delgado (13) is ready for his pitch.

of tough varsity baseball teams. All the schools were much larger than ours and our kids held their own.”

Add to plot the youth of the team, and you might consider its season record award-winning. With no senior class at MIA, its boys baseball team had only one sophomore in the starting line-up. The rest of the starting squad were freshmen.

While this fact might seem intimidating to some, Delgado believes the integrity and character of each player helped his team rise to the occasion with different players stepping into various leadership roles throughout the season.

MIA Athletic Director Roger Raymond agrees, and applauds the team’s achievements this year. “It isn’t always age that wins games. Sometimes, your ability gets you by that (difference). Our 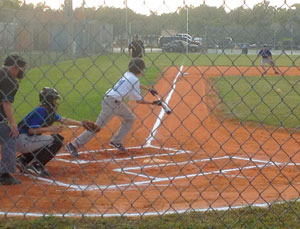 team was just as talented. You have to take that talent and make it work for you,” he explains.

Still, there were some struggles and rough patches, Delgado concedes. He describes one recent Monday game as “one of their worst outings” of the season. “They were down by 10 runs. The bats just weren’t there.”

The Manta Rays were able to turn it around, though, with a positive practice the next day. When their Wednesday match against Community School of Naples rolled around, Delgado says the boys “came to play. They didn’t win, but it was like a different team on that field.”

Looking back, though, neither Delgado nor Raymond are surprised by the team’s success. Delgado even expected it. After all, he has been 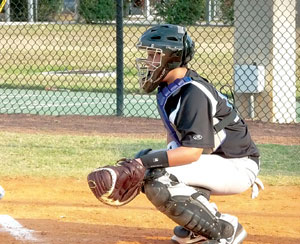 coaching a number of the boys on the team since they were just little tykes playing T-ball.

And the expectations are even higher for next season. “We look forward to next year when the state of Florida will be placing us into a conference,” Delgado notes. “I can’t wait until next year. We have kids from other schools joining the program and strengthening Marco Island Academy. I’m very excited.”

Raymond agrees: “They have made another step toward credibility as far as winning and losing, and their ability to compete was much higher this year. We are making positive steps to move onto the next level. (Coach Delgado) demands a lot of those kids and their progress has been monumental in two years. They could really shock some people next year.”