MIA Athletes Excel in the Classroom, Rank High in the State 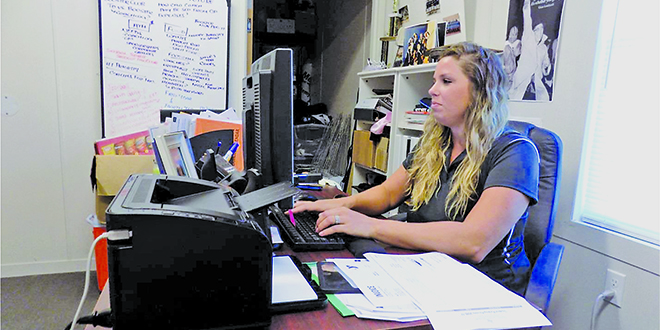 Marco Island Academy (MIA), only six years old, has been recognized by the State of Florida as an “A” high performing school, and by the Washington Post as being in the top 2% of the nation’s most challenging high schools. “But how are our athletes doing?” wondered Kelly Monnot, MIA’s athletic director since August 2015 “How do they stack up to the rest of the state?” Monnot determined to find out.

Forty-two percent of MIA’s student body (now at 224) participates in 11 varsity sports, which, when counting both, boys and girls sports, fields 18 different teams throughout the school year. In 2006, the Florida High School Athletic Association (FHSAA) initiated the Academic Team Champion Awards Program, which “honors teamwork, not only in competition, but in the classroom as well.” Each participating high school could, if they wished to participate, send in a list of the GPAs of their qualifying teams, and at the end of the school year, an award would be given to the team (in each sport) with the highest GPA. Only teams with an unweighted grade point average (GPA) of 3.0 or better need apply. Monnot started submitting the required information during the 2016 fall sports season. The results were gratifying. “Our MIA teams easily exceeded the 3.0 entry level,” said Monnot, “They put in a lot of time practicing and competing on the field. This was another way for them to get recognition for what they do in the classroom.” The method used by the FHSAA, for ranking participating teams (and for classifying them) is a bit arcane, but the results are something MIA can be proud of. The statistics were based only on the schools that had submitted the required information.

Monnot will continue to submit reports at the conclusion of each season (fall, winter and spring), with the hope that at the end of the year, some awards may come MIA’s way.