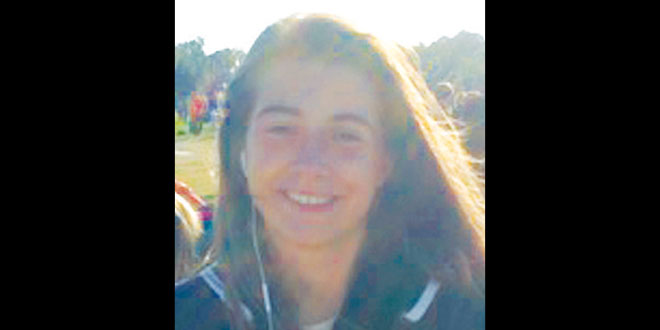 Mercedes Mertens, a 9th grader at Marco Island Academy (“MIA”), has been nominated to attend the Congress of Future Science and Technology Leaders in Boston, MA on June 28th- June 30th, 2015.

The Congress is an honors-only program for high school students who are passionate about science, technology, engineering or mathematics (STEM). The purpose of this event is to honor, inspire, motivate and direct the top students in the country who aspire to be scientists and technologists, to stay true to their dream and, after the event, to provide a path, plan and resources to help them reach their goal.

Mercedes became a Marco Island resident in August, 2012, when her family moved to the island from Cologne, Germany. Mercedes has always enjoyed learning, especially math. In fact, while living in Germany, she attended the Kumon program, which is an independent self-learning activity for math, developed more than 50 years ago in Japan. The program supported her love of math.

Mercedes was nominated by American hero and astronaut Buzz Aldrin, Science Director of the National Academy of Future Scientists and Technologists, to represent Marco Island based on her PSAT scores, academic achievement, leadership potential and passion for science and technology.

During the three-day Congress, Mercedes will join students from across the country and hear Nobel Laureates and National Medal of Science winners talk about leading scientific research; be given advice from deans of the world’s top tech universities; be inspired by fellow teen science prodigies; and learn about cutting-edge advances and the future of science and technology.

“This is a crucial time in America when we need more nimble-minded and creative scientists and technologists who are even better prepared for a future that is changing exponentially,” said Richard Rossi, Executive Director, National Academy of Future Scientists and Technologists (the “Academy”). “Focused, bright and determined students like Mercedes Mertens are our future and she deserves all the mentoring and guidance we can give her.”

The Academy offers free services and programs to students who have the desire to learn more about their future in science or technology. It was founded on the belief that science, technology, engineering and mathematics (STEM) education plays a critical role in enabling the United States to remain the economic and technological leader of the global marketplace of the 21st century and that we must identify prospective talent at the earliest possible age and help these students acquire the necessary experience and skills to take them to the doorstep of vital careers.

Marco Island Academy recognizes the importance of a STEM education, not only through traditional courses, but in its STEM Masters speaker series and Ambassadors of the Environment Summer Camp. Mercedes, and other MIA students, are given a variety of STEM courses to choose from, such as Engineering, Marine Science, Forensics and Statistics, to name a few. Mercedes has already taken Geometry Honors, and is currently enrolled in Cambridge IGCSE Biology. In addition to her courses at MIA, she is working ahead by completing Algebra 2 online through the Florida Virtual School.