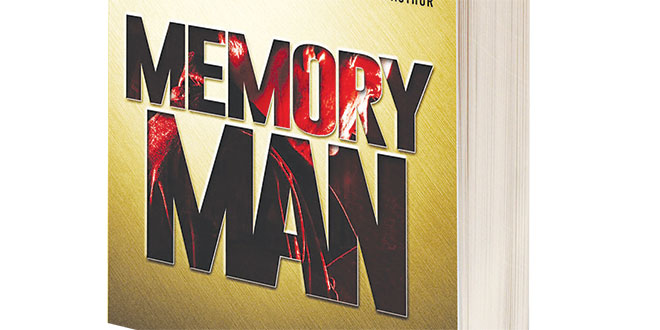 A horrific scene is encountered by the reader at the very beginning of this latest novel from the prolific Mr. Baldacci. It is the memory of the murder of Amos Decker’s family in their own home – his wife Cassie, almost 10-year-old daughter Molly, and Cassie’s brother Johnny Sacks (is Baldacci a “Sopranos” fan?). Amos remembers coming home from work and finding the grisly scene that destroyed his life. He cannot not remember because he can forget nothing.

For a few brief moments, 22-year-old Amos was a defensive back in the NFL. Then he was slammed by an opponent in a hit so vicious that his brain literally bounced around in his skull. He died twice there on the field, but his team’s head trainer refused to let him go. He was not supposed to survive, but he did. It took months of treatment and rehabilitation, but Amos Decker emerged with an inability to forget anything, and a vocation to be a police officer. He had an overwhelming need to protect and help others.

The inability to forget anything is called hyperthymesia. Amos doesn’t need a To Do List or mnemonics to help him remember the names of the planets, the Seven Dwarves, Santa’s reindeer, or the names of the 43 US Presidents. If he reads it or experiences it, he remembers it forever. The football injury also left him with synesthesia which in his case means that he sees time in pictures, counts in color and sometimes associates color with people or objects. For Amos, death is blue, nine is violet and five is brown, etc. Synesthesia is a benign neurological condition in which people’s cognitive and sensory channels of the brain are not separate, but somehow trigger each other, i.e., a letter or number will evoke a color, smell, feeling, or taste, etc. It is being studied extensively because it has many variations. Mary J. Blige, Billy Joel and Geoffrey Rush are among today’s celebrities who have the condition. Most people who have it were born with it, but it can also be acquired by trauma, as in Amos’ case.

After the introductory scene of Amos’ remembrance of finding his family killed, we next see him in the present, 16 months after that fact. The bank took his house back because he could not make the payments without his wife’s salary, and eventually he left his job as a detective on the Burlington Police force to grieve full-time. He started picking up work as a private investigator. He had no car but used the bus or walked. To say he had “let himself go” would be a gross understatement. The only thing that made him feel at all, even if just for a few minutes, was eating. Baldacci describes his new protagonist: “He was fifty pounds overweight, probably more. Probably a lot more. Six-five and a blimp with bum knees. His gut was soft and pushed out, his arms and chest flabby, his legs two meat sticks. He could no longer see even his overly long feet.” 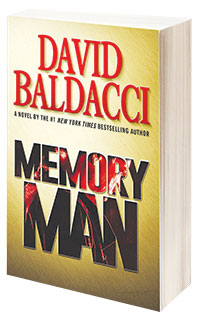 Mary Lancaster approaches him to explain they have made an arrest in the deaths of his three family members. Someone has walked in and confessed. She promised to keep him updated. Amos decides he needs to talk to this guy in person. Conveniently for him, a shooting has taken place at the city high school, so the police department is stretched thin and he actually pulls off an interview with the confessed killer. Amos is positive the man did not do it.

Thus the story really begins. How could the murders of Amos Decker’s family be related to the high school shooting? Why does someone walk into the police station and confess to a triple murder, which for 16 months had left the cops stymied, at the precise time of a school shooting? Read all about it. Baldacci takes the reader on a raucous roller coaster ride to the conclusion with plenty of his plot twists and character enrichment. Amos Decker’s mind is wondrous to observe. Even though he has an infallible memory, he still has to use his smarts to figure out how events, places and people fit together. The climax of the story near the end when Amos faces off with the bad guys, earns Baldacci a perfect ten for creativity. I have read a lot of mysteries and thrillers in my lifetime, but I have never read a scene like the one served up in Memory Man.

The over-riding theme of this book is release of suffering and healing. The major characters have all experienced psychological and/or physical trauma. The motivations for their actions are based on their need to “even the score” in hopes of finding some peace, quelling their psychological turmoil or just getting revenge. This is a definite change for Baldacci from his usual theme of power, domination and political intrigue.

Memory Man is listed as a standalone, but I doubt it. The final chapter hints heavily that we will see Amos again, along with some of his cohorts. With the huge success this book has had so far, barely two months from publication, it is clear that Baldacci fans love this new character. Amos is a thoroughly decent man with just enough foibles to make him likeable to the rest of us poor humans with our feeble memories. He has, perhaps, an over-developed sense of responsibility. Physically and cognitively he is not the average mystery/suspense hero, but that is exactly what makes him so appealing. With Baldacci’s excellent writing skills and storytelling ability, Amos Decker will be thrilling readers for some time to come.

Of note: Flannery O’Connor fans, the USPS issued a 93-cent stamp in her honor on June 3. Flag Day is June 14. Have a wonderful Father’s Day on June 21.