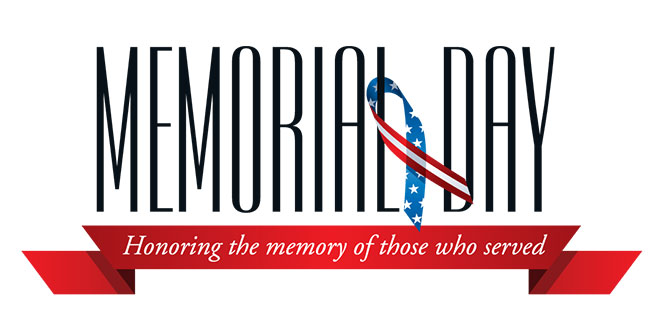 Spending this Mother’s Day Sunday with my wife, her mom and dad and my son and our two grandchildren, waiting anxiously for the barbecue to start, the farthest thing from our minds is the Civil War. It is hard to believe only a mere 150 or so years ago, our nation was divided and our country was covered with the blood of brother killing brother. After four years of combat, which left over 600,000 Union and Confederate soldiers dead and destroyed much of the South’s infrastructure, the Confederacy collapsed and slavery was abolished.

Memorial Day originated after the American Civil War to honor both the Union and Confederate soldiers who died in the war. The holiday was extended by the 20th century to include all American soldiers.

To think about Memorial Day on Mother’s Day may seem like a stretch. However, we must never forget that going back to the Civil War and beyond and all the way to this morning, every person who makes the ultimate sacrifice had a mother. And that mother lived through the glory days of being a mom, raising her children, seeing them grow into young adults only to live through the agony of losing her children to a bullet, a piece of shrapnel or an IED explosion.

[/caption] size-full wp-image-47923″ src=”http://www.coastalbreezenews.com/wp-content/uploads/2015/05/A10-CBN-5-15-4.jpg” alt=”A10-CBN-5-15-4″ width=”200″ height=”134″ />Through the ages, mom’s had to bear the brunt of raising their children sometimes under the most difficult circumstances; and then watch them put on a uniform and go off to war to fight for their country. Having sent a daughter and a son-in-law to war some years ago, my wife and I experienced the agony millions of parents experienced before us. No one likes wars. I know we don’t. But in the course of history and growth of nations, some wars were necessary. America certainly had her own share of the agony of wars.

That is why as we sit here peacefully on a beautiful Marco Island Mother’s Day Sunday with our loved ones; I wanted to make sure and write this piece to let everyone know that we are not forgetting those who gave it all to make this day possible.

In a perfect world, if one ever existed, all disputes could be resolved by merely sitting down together, discussing the situation and come up with a resolution where everyone agreed was the best possible arrangement. Unfortunately, this is not a perfect world; it never was and I am afraid I am resigned to the fact that it never will be.

On a day like this, I find it almost necessary to sit down with the young

ones to reflect on the debt we owe to those who made it possible for us to live in the greatest country in the history of mankind. I find it necessary to let them know that nothing is given; it needs to be earned. My father-in-law answered the call in 1939; went off to Europe where his ancestors recently migrated from to the New World; landed in Normandy; and ended up earning two Purple Hearts for his service while getting severely injured. He never questioned why he went; where he went or if he would ever come back. He was one of millions of young men and women who did exactly same. We owe them so much; we can’t ever repay them or even think we can. From the Civil War, through World War I and World War II and through the Korea War, Viet Nam, First Gulf War, Afghanistan and Iraq wars; our men and women in uniform gave it their best; sometimes under the worst of conditions. They made sure that the Old Glory flew high and mighty until the very end. And they deserve our recognition.

Therefore on this Mother’s Day Sunday we are keeping all our veterans in our thoughts and prayers as well as all our mothers, grandmothers and great 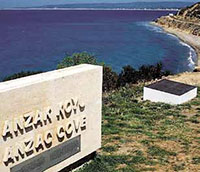 grandmothers who raised them with great difficulty only to see them go away. Not everyone got back from these conflicts and they deserve very special honors for their service to our country.

The following words are inscribed on a memorial which is located at the Anzac Parade, Canberra, AUSTRALIA. The inscription beneath – Ataturk’s own words – pays warm tribute to the Anzacs and reflects his understanding of the awful cost of war. I chose to end my story with these memorable words which to me reflects the agony of war and love of mothers:

“THOSE HEROES THAT SHED THEIR BLOOD AND LOST THEIR LIVES … YOU ARE NOW LYING IN THE SOIL OF A FRIENDLY COUNTRY. THEREFORE REST IN PEACE. THERE IS NO DIFFERENCE BETWEEN THE JOHNNIES AND THE MEHMETS TO US WHERE THEY LIE SIDE BY SIDE HERE IN THIS COUNTRY OF OURS … YOU, THE MOTHERS WHO SENT THEIR SONS FROM FARAWAY COUNTRIES, WIPE AWAY YOUR TEARS; YOUR SONS ARE NOW LYING IN OUR BOSOM AND ARE IN PEACE. AFTER HAVING LOST THEIR LIVES ON THIS LAND THEY HAVE BECOME OUR SONS AS WELL.”

May God Bless all mothers; all Veterans and the United States of America.