Memo to Voters and Congressional Candidates 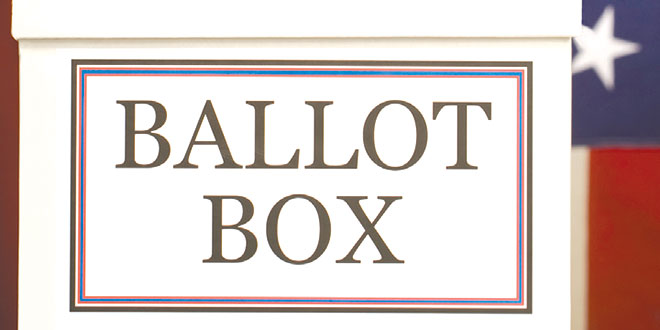 Time has come for the American voter to voice their pleasure/displeasure with Congress by wisely casting their ballot in the upcoming election for the candidate of their choice, and time will soon come for Congressional candidates elected to office to live up to our expectations by demanding that our 114th Congress address the concerns and interests of all Americans rather than those of lobbyists and special interest groups.

Humorist and author Dr. Jim Boren once said, “Taxation with representation ain’t so hot either.” Our current Congress has done much to support this assessment, but its reign of indecisiveness, disagreement and gridlock is possibly about to end. On Nov. 4, the American people will vote to either retain many of their current representatives in Congress or choose their replacements. Depending on the outcome of the election, we may actually elect representatives who come to grips with the inevitable conclusion that it is time to represent the interests of their constituents and country rather than the select few who have heavily financed their campaigns, many for personal gain. But, to be affective, they will unavoidably have to succumb to compromise. And, in doing so, they may very well discover that they have expanded their credentials to include the singular title of “statesman.”

Perhaps if those soon to be elected decide after taking office to emulate the selflessness of our forefathers and follow in their footsteps, which enabled our country to become the greatest nation that ever existed on our planet, they could dramatically raise the miserable approval rating of their 113th Congressional predecessors. They may even maintain the respect, trust and admiration of the constituents who elected them and a nation which depends on their once honorable institution for governance.

My current political affiliation is Independent. Therefore, my views are not directed toward any one party, but rather to an inept, wavering Congress that has, for decades, lost sight of its purpose and whom its membership truly represents, and to the voter, who at times has been complacent, misguided, misinformed and inattentive. For far too long, Congress and the American voter has failed to heed the wisdom of former President Rutherford B. Hayes, who believed that “one serves his party best by serving his country best.” And, for far too long, Congress has convinced itself that gridlock is the instrument of choice to maintain a steady course. Sadly, a good number of Americans seem to have embraced this concept as well. This may have appeared to work during prosperous times, but in reality, failed to address the underlying problems that continue to smolder under a smokescreen of nominal success.

Yes, our election process will soon choose those who will be entrusted to enact the laws that govern our nation, but candidates who win their elections must understand when they take the oath of office they assume an awesome duty to all Americans, not just the members of their respective parties. And, voters must take this into consideration when casting their vote, for the selections made on Nov. 4 will prove inconsequential if, once again, our representatives fail to compromise and address the urgent issues at hand.

I realize a good number of incumbents believe that the Senate or House in which they reside will never reach agreement on critical areas such as Social Security, Medicare, immigration and tax reform, programs in dire need of graduated, rational restructuring. Therefore, our newly elected representatives will have no choice but to demand that concessions be made and that their respective chambers consent to majority rule if progress is to be achieved.

We as a nation have serious concerns that need to be addressed including terrorists attacks from abroad and from within, an increasingly unstable geopolitical environment, global warming, dramatic climatic change and threats of future pandemics. And, although our deficits are currently improving, our national debt has yet to be seriously addressed.

Newly elected members of the 114th Congress will have to show fiscal restraint, for government can no longer generate massive deficits during economic downturns which only exacerbate our nation’s mounting debt and minimizes our nation’s ability to survive another economic meltdown. Such restraint is necessary for our great nation to remain safe and unchallenged, for our economy to continue to recover and gain momentum, and for our sovereignty to never be questioned or tested. But, in doing so, Congress must also display empathy toward our fellow man, for it has a moral obligation to help the sick, poor and elderly Americans who are truly incapable of helping themselves.

No problem is insurmountable if Congress is open to suggestion and compromise. Although resolutions may differ, there is common ground: the safety and well-being of our country and the public they were elected to serve.

Voters must send a clear message to Congress that we will no longer tolerate representatives who compromise their integrity and oath of office by catering to special interests rather than serving the best interests of the country they were elected to serve. We must also cast our vote for those who wish to listen to all constituents, not just corporate CEO’s, lobbyists, celebrated athletes, fellow politicians, actors, media stars or billionaires. Don’t cast your valuable vote for candidates who will become detached from their constituents because they believe you have little to contribute to the intellectual hierarchy that occupies the great chambers in which our newly elected officials will soon legislate, or for those who seek admiration and approval rather than honest assessment. And, vote for those who you believe will unify not further polarize our great nation.

Yes, our 114th Congress will determine if our country becomes a mere historical annotation in the centuries to come or a nation that continues to inspire and aspire, but it is the American voter who truly has the power to evoke change by voting for the most admirable candidates who seek to restore integrity to our once highly regarded branch of government, the Congress of our United States.

I urge all Americans to vote in the upcoming election, and I ask that you be especially prudent in your selection, for your future and that of the generations to come will be determined by how you cast your well earned precious vote.