Meet the New Manager at MIHM 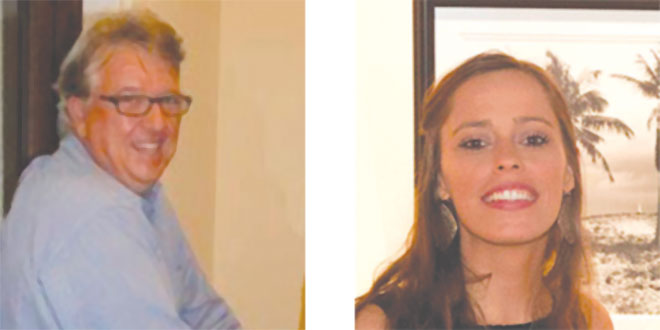 Tim England has taken the helm at the Marco Island Historical Museum. He comes to MIHM after spending eight years as the manager of The Museum of the Everglades. This transition comes as former MIHM manager, Lisa Marciano, moves on to be the manager of the Naples Depot Museum. Jennifer Perry has stepped in as manager at The Museum of the Everglades.

According to England, the musical positions was the result of the departure of former Naples Depot Museum manager Gary Vincent. When Vincent moved on, says England, “it opened all kinds of opportunities for Lisa, Jennifer and me, and that’s how I got the great opportunity to work at the newest of (the Collier County) museums, the Marco Island Historical Museum.”

Museums always have been a part of England’s life. As a latch-key kid growing up in Arlington, VA — just a stone’s throw from all of Washington, D.C.’s free museums — he spent a lot of time in them especially during the summer months. “Maybe it was inevitable I would be drawn back to the museum field one day,” he quips.

Born in the United Kingdom, England is the son of a Royal Air Force Wind-Commander, and first came to the United States when his father was on deployment as part of NATO and Strike Command in the late 1960s. After finishing his formal education in the UK, England went to work for a private British-Amercian company as contract underwater scientist/archeologist.

England learned about the Collier County Museum system through his volunteer work with the Boy Scouts of America. He began small, helping with the Eagle Scout projects through the museum system. Then he began volunteering to work on major programs and events; his favorite was the annual Old Florida Festival.

Twelve years ago, England landed his first paid job with the museum system as a maintenance specialist — or as he likes to refer to it the museum specialist — for the main Collier County Museum. In this position, he helped improve the five-acre native gardens and design and build some of the large outside exhibits, such as the Calusa Village, the Spanish Beach Fort and the Third Seminole War Indian Village.

England’s next stop was The Museum of the Everglades, which he considers an integral part of Everglades City. While there, he helped develop the “Artist of the Month Program,” the Tamiami Trail 75th Anniversary Celebration and the Marjory Stoneman Douglas Festival, a natural history event produced to answer questions about the natural history of the Everglades with references to local and regional history. According to England, it is an event designed to bring the community together.

“For many years, there seemed to be a disconnect between the natural history told by the National Park and the story and history of the local population,” he explains. “The festival was designed to break down perceptions and communicate the common ground. We tried to do this by the reintroduction of people and places of the Everglades, by presenting programs, tours and presentations designed for all levels of interest. We hoped we provided a place where learning and networking could blossom.”

When the time came for Marciano to move to the Naples Depot Museum, England was happy to come to the MIHM. A Marco Islander by way of New York, Marciano has a Bachelor’s degree in history from Florida Atlantic University, and just this May, she received her Master’s degree in museum studies from Johns Hopkins University.

England left The Museum of the Everglades in the capable hands of Perry. With a Bachelors of Art degree in art history and museum studies from the University of Delaware, Perry began working with Collier County Museums 15 years ago as a volunteer coordinator. She has lived in Southwest Florida for 19 years.

Big things are planned at MIHM in the coming months, according to England. First will be an exhibit by local photographer Tyler McDonald next month, followed by a new Stortor exhibit in September, a Donald Sunshine water colors exhibit of the Goodland cottages in November, and then the late autumn unveiling of the Cushing Exhibit in the Calusa Gallery. Then in 2015, the “Painting Southwest Florida History” exhibit will visit the museum, as well as “The Way We Worked,” a traveling exhibit from the Smithsonian Museum in Washington, D.C.

England is thrilled with his new position and ready to continue tackling the challenges and embracing the beauty of managing a small community museum: “I love my job…I get to tell stories about people, places and events that shaped the world we live in today. I get to tell the stories that made our community what it is today. I get the chance to open people’s minds and sometimes perspectives. I like to say history is not black and white but shades of gray…History should never be boring as it is just stories about yours, mine and someone else’s people and events.”