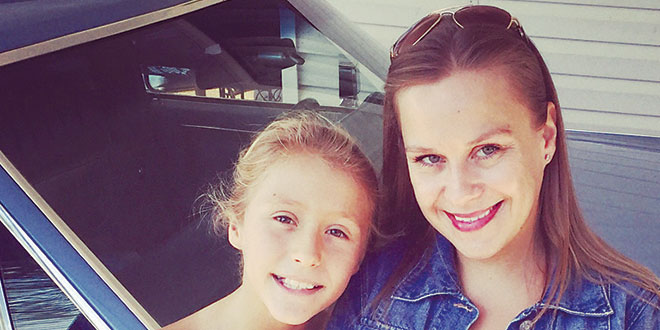 Marco Island is a great community. This is a series that profiles some of those people that help make it that way.

I would like to introduce you to Lina Upham. Lina shares a second floor office space at City Hall with a view of the Police and Fire Department parking lot. She is a Purchasing and Fiscal Analyst in the nine-person Finance Department headed up by Guillermo Polanco. That means if the city needs some new vehicles, new phone service, architect for a new building or more paper clips, Lina knows about it. She makes sure city purchases are necessary, comply with quality requirements and follow all rules and procedures. Lina is the only purchasing person for Marco Island, which paid over $21 million in fiscal year 2015 in invoices to outside vendors for a wide range of goods and services provided to the City.

“We have more of de-centralized purchasing here on Marco,” explains Lina. “That means that departments decide what they need and where they would like to get it and I work with them to make sure state laws and city ordinances are complied to, vendors

we are using are approved and other contractual, bonding, insurance requirements are met. I maintain the focus and integrity of the purchasing process and am accountable for every dollar spent by the city.”

Lina who holds master’s degree in public administration from Hodges University and was named student of the year in the program, was hired by the city as an intern five years ago. Shortly thereafter she was hired full-time by the growth management department, and has been in her current position for the past two years. The scope of her work appears staggering at first glance. One of her more recent purchases, new carpeting for the second floor of the city hall building, was being installed while I was there.

“When Mr. Hernstadt was hired as city manager in early 2014, he put me in charge of maintaining the city hall building,” says Lina. ”His reasoning was that a purchasing person should also be an end user of her own process, that I should know firsthand what it takes to get a budget approved, select a vendor, go through my own process and actually complete the project, rather that just 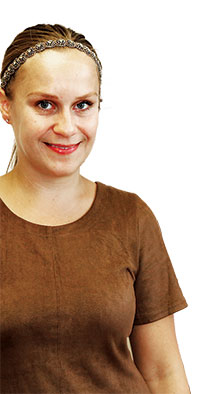 look at papers and numbers not quite understanding the operations part. Professionally, you cannot learn this from any conference or book.”

Shopping on a local level is a priority for the city, and Lina works hard to make sure that happens whenever it is possible.

To stay on top of her game, Lina attends numerous workshops and seminars with other professionals from around the state. She has found that Marco Island government provides some very good services and is technologically advanced. Lina feels it’s nice to have that perspective and know that Marco Island is doing so many things well.

Originally from Lithuania, where she holds a law degree, Lina came to Marco from Maine in 2004 with her daughter Karla, now eleven. “The quality of life,” says Lina. “That’s why we are here. Work, school, home, the YMCA 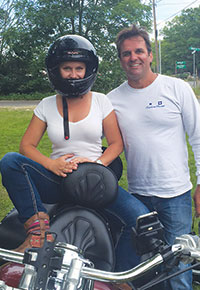 swimming pool are all right here, 5-10 minutes away from each other. You can’t get that anywhere else and I’m not even talking about weather or how beautiful and safe this island is.”

When she’s not on the job, Lina is involved with daughter Karla’s many swim activities. Karla, who just started attending sixth grade at Marco Island Charter Middle School after a full six years at Tommie Barfield Elementary, is on the YMCA swim team. She recently competed in a one-mile open water swim down in Key West. Her time was an amazing 28 minutes and 40 seconds.

A favorite pastime for Lina is traveling. She has been exploring the Midwest, specifically around Michigan, as that is where boyfriend, Dave Flowers, is from. She plans on heading back to Lithuania for Christmas.

On a more local level Lina enjoys traveling around the state and spends much time biking, beach walking and boating. She has also been a devout volunteer docent at the Holocaust Museum in Naples for the past eight years.

We are fortunate to have such a dedicated and talented person handling the affairs of our fine city. And the nice thing is, she really, really enjoys doing it.