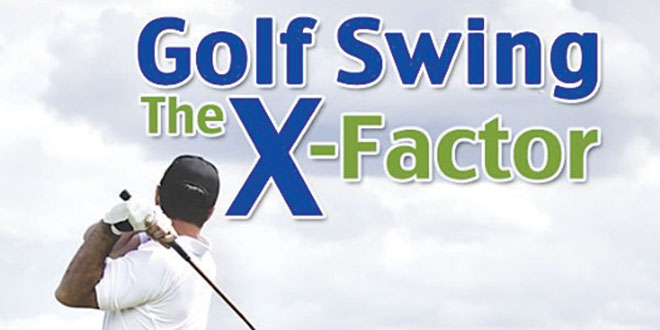 In 1997, world-renowned golf instructor Jim McLean published a book called, “X–Factor and Other Secrets of Power and Distance.” McLean has always been on the forefront of golf instruction. The X–Factor is a concept based on a golfer turning their hips to start the downswing without moving the shoulders (as seen in the picture). The greater degree of separation between the hip turn and the shoulder turn the farther the golf ball will travel. McLean has studies with stats to prove the theory, and also discusses in the book other factors involved in achieving distance.

Titleist Performance Institute has completed further studies that discovered the speed in which the hips decelerate also influences how far a golfer can hit a golf ball. A whip is a good example to explain these finding. If the handle of the whip keeps moving, the end of the whip will move at the same rate of speed. Extreme deceleration of the handle creates the speed and allows the whip to function. If a golfer is physically capable of creating separation between the hips and shoulders, the same golfer will usually be able to decelerate the hips.

The key to a functional golf swing is the ability to increase the 45 degree difference between the hips and shoulders on the downswing. If a golfer turns their hips to a 30 degree angle to start the downswing and the shoulders are still at 90 degrees, the club will drop on plane. If the shoulders have a delayed movement, the angle in the wrist will be the same half way down to the golf ball; this is known as lag. 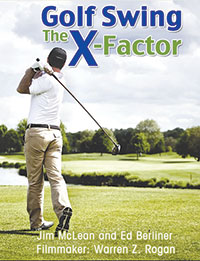 The key to creating separation is being agile in the hips and shoulders and to be stable in the glutes and core. There are many exercises that are specific to these areas, but it is important that a golfer be physically screened to determine the areas that need work. Everyone’s body functions differently. Many hours can be lost working on the wrong body parts and swing adjustment if the physical screen is not performed. Go to mytpi.com, click on improve my game, and then watch the pelvic rotation test and shoulder rotation test. These tests determine the separation you can achieve in your golf swing.

Another major factor to maximizing distance is hitting up on the golf ball. Studies have shown the slower the swing speed the more important it is for a golfer to strike up on the golf ball with a driver to maximize distance. Here are two tips to help a golfer achieve this without changing their swing. First, tee the ball as high as possible on the tee. Most golfers hit the ball high with a driver because they are hitting down, not because the ball is teed to high. When hitting down with a driver the golf ball slides up the face, and does not go very far. Second, tee it forward in the stance. The ball position farther forward in the stance will assist in creating an upward strike on the golf ball. Do not be afraid to try the extreme. Tee the golf ball way forward and really high. See what happens, I think you will be surprised.

To hit the golf ball farther, train the body to be able to separate the hips and shoulders when rotating on the downswing, tee it high, and tee it forward in the stance. Go see your local PGA Professional to achieve your maximum distance.