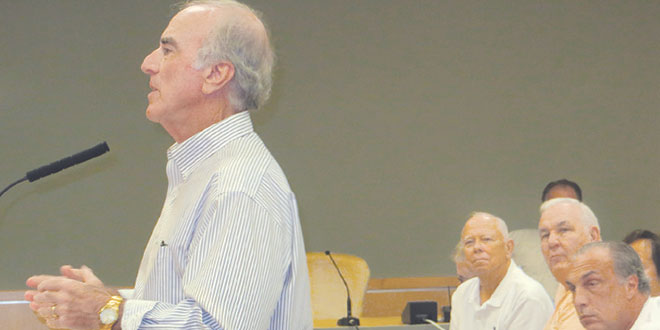 Marco Island’s newest task force on rental regulation already has one meeting under its belt and a second planned for Monday, Oct. 20 at the Board of Realtors on San Marco Road. Headed by Marco Island realtor and 45-year resident Marv Needles, the task force is seeking input from the general public and other organizations impacted by privately-owned properties rented as vacation properties.

The first planning board meeting of the month held Oct. 3 was well-attended by homeowners negatively impacted by noise and trash generated by the occupants of short-term rental properties. Homeowner John DeFalco of Galleon Court urged the board to step right in and at the very least “have the units registered. I would like to see realtors get more involved in the short-term rentals.”

Online listings for dozens of Marco Island homes for rent by the week are available on a host of websites. Consequently, when problems arise with the vacationing occupants, the police are often called, costing taxpayers money. Inability to contact the homeowner also presents a problem. Tax revenue is also slipping through the cracks, according to City Councilor Larry Sacher, who asked, “Are taxes being paid on that rental?”

This is not a new issue facing the city. “This goes back a number of years, and we have discussed it ad nauseam…People are thoroughly disgusted with the living conditions,” said Irv Povlov, planning board member. “We know what the problems are; let’s handle it.”

The rental regulation task force was requested by Planning Board Chairman Monte Laazarus to present a document at the second board meeting in November. “The more information you collect; the better off we are. Let’s get it up to city council with all deliberate speed,” he said.

The other big item on the board’s agenda was the presentation of site development plans for the Marriott Crystal Shores Vacation Club. The expansive build-out was initially approved in 2009 and delayed because of economic conditions. With a few updates, the plans were unanimously approved by the board. One feature of interest for the development is a public beach access set to look similar to the South Beach access. While Marriott will build the access, the city will maintain it. No parking is included in the plans, but a recently opened private lot across the street can be used by beachgoers.