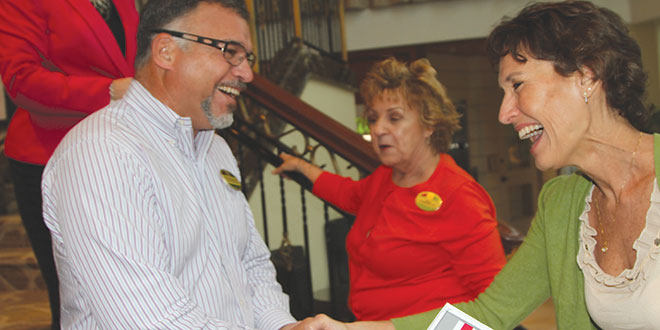 Each year the Marco Island Marriott Beach Resort & Spa presents their Annual Paradise Charities Event in an effort to raise money for local charities and organizations. The annual event garners funds by hosting silent auctions, dinners and golf tournaments. This year the Marriott donated to two organizations that have not previously benefitted from the resort’s fundraising, Habitat for Humanity of Collier County and the Harry Chapin Food Bank.

On January 22nd general manager to the resort, Rick Medwedeff presented the two organizations with a combined $25,000.

“This is part of the Marriott’s ongoing effort to impact our community. It all falls under our spirit to serve,” said Medwedeff. “We feel honored to participate in helping these communities 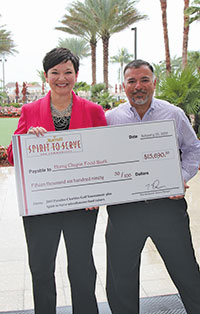 address the real needs of the people with both housing and food.”

Habitat for Humanity is a global organization that works to combat poverty by creating affordable housing in partnership with qualifying low-income families.

“Housing is such a great challenge right now for so many families,” said Executive Vice President Lisa Lefkow. “For the Marriott to engage in this social responsibility and say, ‘Look we understand that this is a challenge and we want to be a part of making a difference, not just in making sure our employees are well cared for while they’re at work, but also while they’re at home.’ We’re very excited.”

While Habitat focuses on housing and shelter, the Harry Chapin Food Bank works hard to 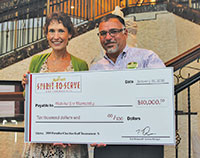 remove the barrier of hunger for the people of Charlotte, Collier, Glades, Hendry and Lee Counties. According to Capital Campaign Director Kelli King, hunger is an issue that is often hidden in wealthy areas such as Collier County, and it’s important that it is recognized.

“The Marriott is a great friend and supporter,” said King. “This is going to help feed a lot of families, a lot of seniors and a lot of children.”

This is the Marco Island Marriott Beach Resort & Spa’s sixth year of fundraising. A whopping $500,000 has been raised in this time and donated to local organizations such as the American Cancer Society, Marco Island Academy, Marco Island Charter Middle School, Tommy Barfield Elementary School and the YMCA.