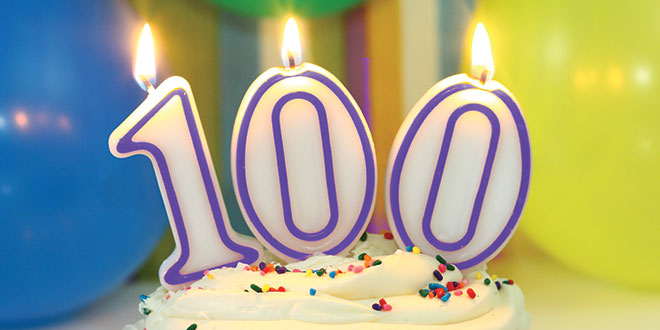 On May 9, 2015, Everett L. Kuhn celebrated his 100th birthday, joining the small but growing population of centenarians. Everett has been spending winters on Marco Island since 1987, when he and his wife Frances purchased a vacation home.

What is Everett’s secret to longevity? He tells us that when he was fifteen years old his parents promised him $100 and a gold watch if he wouldn’t smoke until he was twenty-one. He received that $100 and gold watch, which is with him to this day. He credits not smoking for contributing to his longevity.

Everett was born in Richmond, Illinois on Mother’s Day, May 9, 1915, on a farm called the Hard Earned Farm. His father’s belief was “six days thou shalt labor and the seventh do odd jobs.” From an early start, Everett worked on all things mechanical, including automobiles.

Everett worked for Kraft Cheese International, in the engineering department. At age twenty-five, Everett was sent by Kraft to the Panama Canal 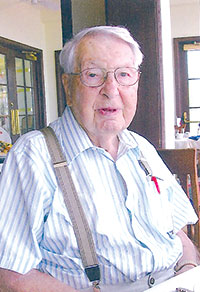 area to be superintendent of thirty-three military buildings. His work with Kraft brought him back to the Chicago office, and then to Indianapolis, IN, Pocatello, ID, Champaign, IL and throughout the United States.

Everett’s hobby of mechanics only grew in anticipation of his retirement, and with the purchase of an antique 1937 Cord Phaeton automobile. After that first purchase he was hooked. His hobby grew to the point that he owned four award-winning supercharged Cord Phaetons, a testament to Everett’s skill in restoration. Everett himself built one of the Cord Phaetons entirely from parts he gathered from across the country during a ten year time period. All of the cars are now in collector museums.

So how did Everett spend his special day? In the morning with angel food cake and “Happy Birthday” sung by both staff and regular customers at the local McDonalds, followed by a pancake breakfast. A birthday dinner at the Marco Island Yacht Club with friends finished the evening in style.