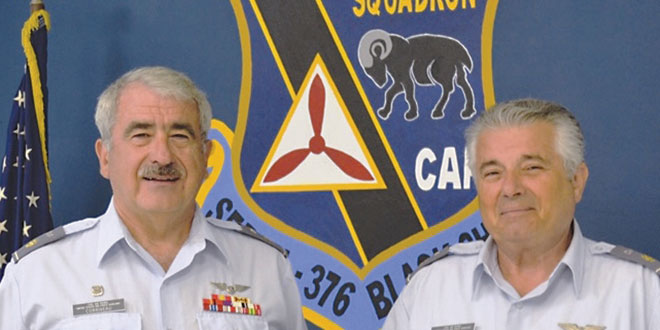 The Marco Island Senior Squadron and two of its members were recognized at the annual Florida Wing Conference held in Orlando on April 16 and 17. 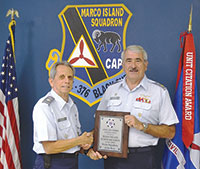 Corriveau at the Subordinate Unit Inspection (SUI) seminar later in the day, for his work as Assistant Inspector General (AIG) for Florida Wing and SUI team member for Group 5.

During the Conference Banquet that evening, the Squadron was recognized and awarded the Florida Wing Senior Squadron of the Year for 2015. Squadron Commander, Major Robert Corriveau noted that, “This award belongs to all the members of the Squadron especially the frontline officers who performed their duties superbly and contributed greatly to the success of the Squadron throughout this past year.”