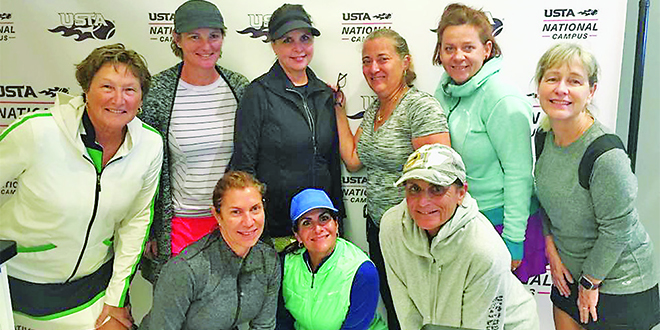 The Marco Island YMCA Women’s 18 and over 7.5 combination tennis team recently competed at the USTA National Tennis Center in Orlando, Florida. The women competed against other teams from throughout the state of Florida for the state championship title. There were a total of 18 teams present that weekend. The ladies fought hard, eventually coming in second place in their flight.

In order to compete at the state championship level the women had to win the Collier County playoffs, which they did back in October. Each member of the team competes about once a week. Collectively their scores help determine their ranking and their eligibility to compete at the local and state levels.

This is not the women’s first time competing at a regional level. Over the past few years they have represented Collier County at the state championships in both Orlando and Daytona Beach, Florida. Though they have come close, they have yet to win a state championship. But the ladies aren’t too worried. They’ll be back on the courts later this week working towards another chance to compete.

“The team played exceptionally well,” said team captain Andrea Washak. “All the matches were very close and competitive. It is always an honor to represent the City of Marco Island and Collier County at these events.”