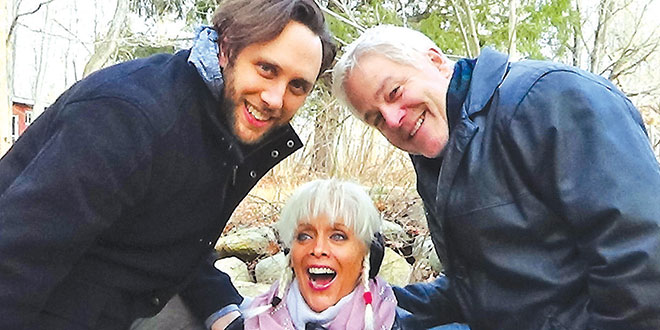 John McKerrow, Mary Anne McAvoy McKerrow and Michael McAvoy will be performing in “Taste of Broadway – Beauty and the Beasts.” SUBMITTED PHOTO

On February 20, 2016, Marco Players Theater will present “Taste of Broadway – Beauty and the Beasts.” Performing some favorite Broadway show tunes that evening will be John McKerrow, Mary Anne McAvoy McKerrow and Michael McAvoy. Songs will include solos, duets and trios from shows such as, “Man of La Mancha,” “On the Town” and “Beauty and the Beast,” to name a few. John and Mary Anne have performed similar shows for the Players Club, the New York Athletic Club, and many other fine venues in New York and Naples. They are so excited to perform once again with Michael McAvoy on this rare, not-to-be-missed visit to the Naples area.

“Taste of Broadway – Beauty and the Beasts” is on stage February 20 at the Marco Players Theater, located in the Marco Town Center Mall, 1089 N. Collier Blvd., Marco Island. The noon performance ($28) includes a box lunch, and the encore presentation starts at 3 PM ($25). Tickets are on sale at www.TheMarcoPlayers.com or call 239-642-7270.