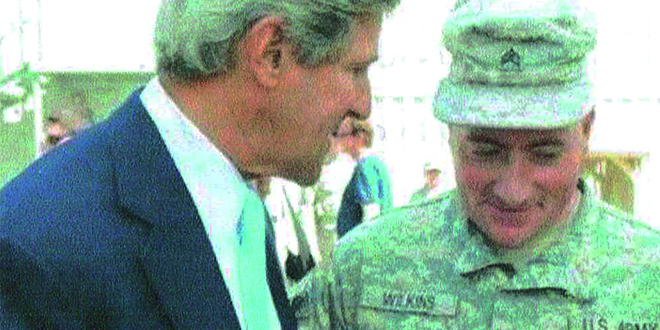 Robert had visited Bob, Sr. on Marco Island for 35 years and always loved the island. His father is an island resident and for about a year and a half he and Robert had been living together so he could take care of his son.

Robert grew up in a comfortable home. As a young boy he attended the Dexter School in Brookline, Massachusetts. The school’s best-known alumnus is John F. Kennedy, the 35th president of the United States, and his brother Joseph P. Kennedy. He also attended St. Sebastian’s in Needham, Massachusetts. 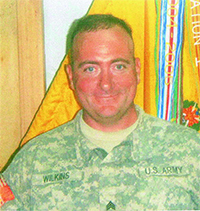 Robert is an alumnus of the Boston University and has a master’s degree from the MIT Sloan School of Business.

Robert first joined the military in the early 90s. For 14 years Robert worked as an investment banker for Merrill Lynch. He was responsible for putting together large financing packages for hospitals. And though Robert lived a more than comfortable lifestyle and reached an admirable level of success in his career, he felt something was missing. In the 2000s, Robert decided to once again join the U.S. Army as a way to give back to his country. Robert served two tours in Iraq and Afghanistan, eventually becoming a well decorated veteran. During his time in the military, Robert had the opportunity to meet high-ranking officials such as John Kerry, Oliver North, and General Petraeus.  In fact, Bob said John Kerry rented space from Robert in a storage facility Robert owned.  He was as comfortable 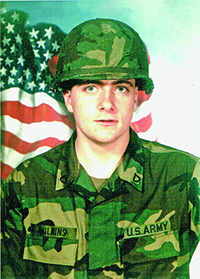 rubbing elbows with generals and the Secretary of State as he was with soldiers in his platoon.

Robert’s father describes him as having a larger-than-life, playful personality. He says that Robert was confident yet unassuming. He was mischievous and funny and at times a little bit wild, but he was also kind and thoughtful. He was dedicated to his country and his work in the U.S. Army.

“He’s a good human being. Everybody liked him. I’m talking about from the person who washed the dishes in the nursing home to the doctors who came in, or to the Wall Street big shots, to anybody. He had a way about him. He had a nice little boyish way. When he talked to you, he was looking at you right in your eyes and he’s listening to every word that you’re saying and he’ll respond to it. He’ll talk about you, not him. You were the important person,” said Robert D. Wilkins, Sr.

Robert is buried in the Massachusetts National Cemetery.