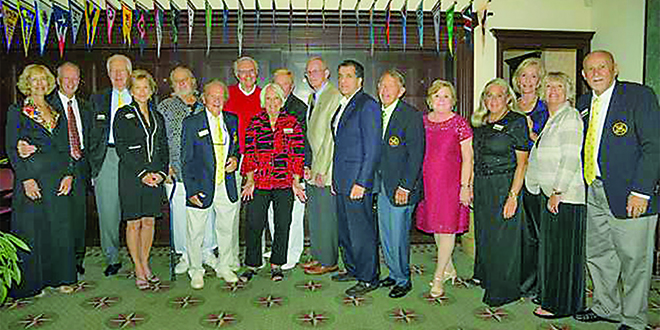 The Marco Island Yacht Club celebrated its 15th Anniversary as a member-owned club by holding a Crystal Ball dinner dance on December 9. Over 80 members attended, many of whom were charter members of the club when it was founded in the fall of 2001.

In his welcoming remarks, Dave Everitt, chairman of the Yacht Club Board of Directors, said “The founders described their vision of the Marco Island Yacht Club as a place for Marco Island boaters to gather and share friendship and boating experiences in a world class facility. That vision has certainly defined the Club from the first day through today.” 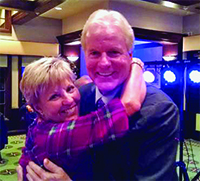 The Yacht Club’s award-winning chef, Bob Aylwin, prepared a special menu for the event that included a salted caramel white chocolate crystal ball dessert. The meal was followed by music and dancing.

Although the Marco Island Yacht Club as we know it today was founded in the fall of 2001, its roots go all the way back to the late 1960s, when a small, one-story wooden clubhouse was built on the site now occupied by the Club. Sailing had been a big focus, with many activities you could watch from the patio. However, in the 1980s 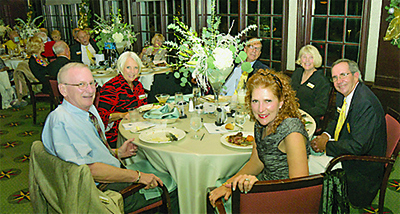 the wooden clubhouse burned to the ground.

Eventually, the site was purchased by builder Jack Antaramian. He completed the current clubhouse in 1998, and established the old Marco Island Yacht and Sailing Club. In 2001, he put the word out that he intended to sell the Club, and a group of interested boaters very quickly put together a consortium to purchase it. Don Mills, who helped to organize the effort and was the Yacht Club’s first Commodore, told the attendees that, “Jack Antaramian was a tough negotiator. He didn’t think we could raise the money. We proved him wrong and within 60 days we had 200 equity members and we closed the deal.”

For more information on events and membership opportunities call the Marco Island Yacht Club at 239-394-0199 ext. 303 or visit www.marcoisland
yachtclub.net