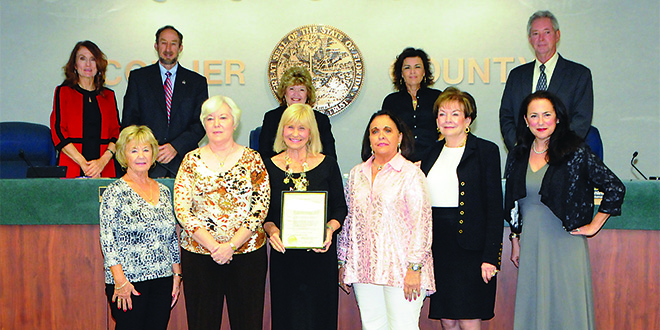 Marco Island Woman’s Club, founded October 24, 1966, began its “Celebration of 50 Years of Giving Back” in January of this year. While members have been busy with a 50th Anniversary community project and celebratory events, the Club received well-deserved official recognition from both Collier County and the State of Florida for its service to the community.

The Club was recognized for many of its accomplishments, including: providing college scholarships for Marco Island students; funding a patriotic bench at the Flag Plaza and a plaque at the Freedom Fountain at Veteran’s Community Park; founding of the Marco Island Public Library; donating funds for the Marco Health Care Center and Naples Community Hospital; initiating the original youth 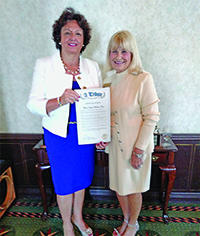 center which grew into the present Greater Marco Family YMCA; and restoring the Marco Island Cemetery and maintaining the garden therein.

Marco Island Woman’s Club’s next meeting is Wednesday, December 7 at the Marco Island Yacht Club. The meeting begins at 11:15 AM. The program, featuring students of Music Scores, starts promptly at 11:30 AM. Lunch will be served at noon, followed by guest speaker County Commissioner Donna Fiala. In the spirit of giving, toys and gifts will be collected for The Shelter for Abused Women & Children of Collier County.