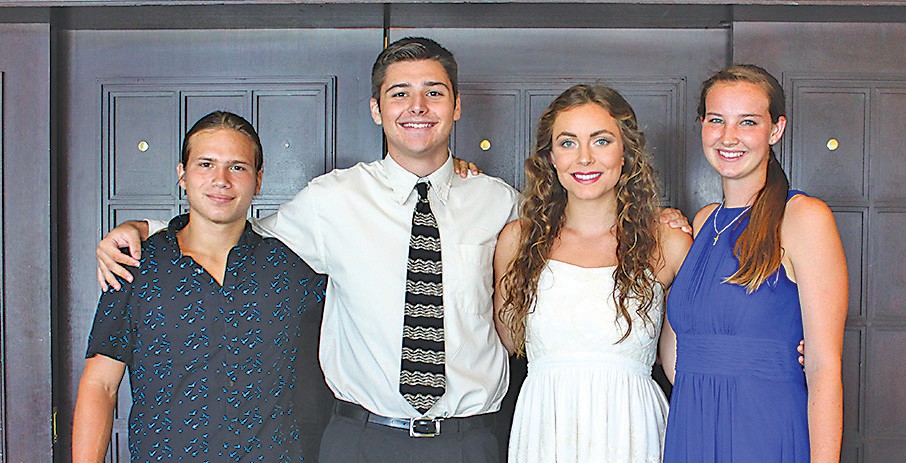 The Marco Island Woman’s Club (MIWC) held its last big luncheon as season comes to an end. This is the highlight of the year for the woman in attendance as they coined “Our Reason for Being” as the appropriate theme for the May luncheon.

In accordance with tradition, the event began with the club motto, which states, “Why you were born and why you are living depends on what you are getting out of this world and what you are giving.” This coincides with the theme of the event, as soon to be high school graduates received their scholarships and will step forward to leave their mark in our society.

But first, a delicious lunch was served; Lemon Sole Francaise, sautéed in EVO with lemon, pinot grigio, chives and roasted tomato broth that made your 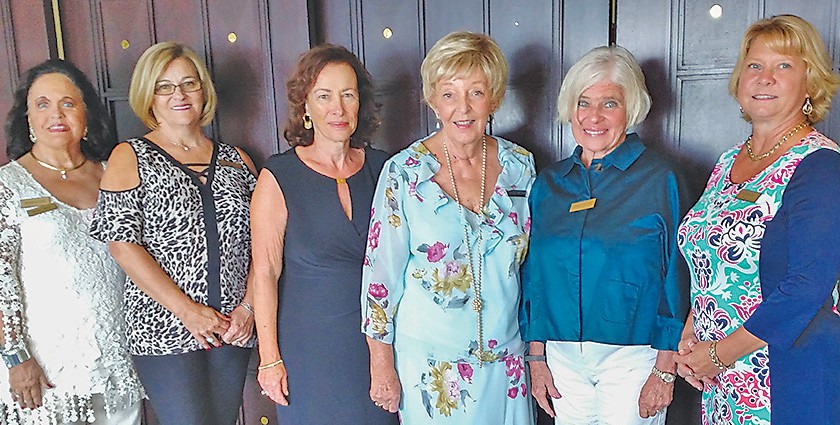 mouth water, and for dessert, a warm Apple Blossom Tart with caramel sauce and whipped cream.

After the introductions of the club’s new members and guests, the special meeting continued as the MIWC recognized members who joined prior to the year 2000 and who have been the foundation of this outstanding club. Among the members who joined before the millennial year ranging from the ‘80s – ‘90s were Evelyn Mc- Dowell, Kay Folsom, Marie Senechal, June Gulumian, Nancy Burkhart, Ruth Duklaur, Vini Just, Dorothy Harkness, Shirley Thayer, Mary Jean Uhl, Jackie Nettles, Catherine Thomas, Mary Lou Coyle, Laura Lange and Joyce Matindell. The women received a plaque honoring their commitment to the MIWC for over two decades.

Then came time for the “Reason for Being” as the MIWC announced the 2017 scholarship recipients. Among 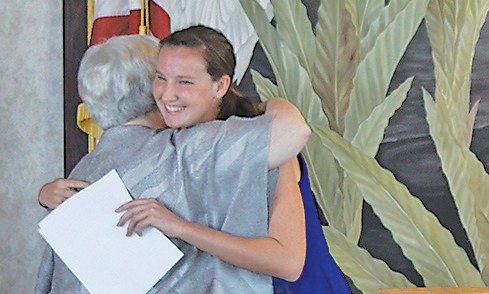 Debbie Roddy and Rosie Poling embrace after a moving speech.

the awarded were Ryne Hennings, Alain Mayo, Stephanie Alvarez, Elliot Totten, Alaina Laird and Rosie Poling. Of the six awarded, Alain Mayo and Stephanie Alvarez were not able to attend because they were finishing up their last finals in school. This is the busiest time of the year for the high school graduates as they prepare for the next big step toward their futures.

After the moving speeches from the scholarship recipients, the MIWC identified the importance of local organizations that offer much-needed services in our community. President Jackie Pierce and Treasurer Debbie Rago presented a whopping $54,500 distributed between 13 different organizations. This was a pivotal moment for Jackie Pierce, who leaves her legacy while passing on the title to the next year’s successor.

The luncheon represents the meaning of “togetherness.” The women

MIWC recognized members who joined prior to 2000.

share a sense of pride in knowing that by working together, they have achieved the “greatness of giving.” Legacy is more than a word at the MIWC and a special note of gratitude was extended to the members who served on the 2016 – 2017 Board of Directors. Their leadership, dedication and commitment has made the new 2017 – 2018 administration a “golden team” having celebrated 50 years of tradition together.

The year-round resident MIWC members will still get together for more casual luncheons throughout the summer. The next official meeting will be held October 4, 2017.

For more information about the MIWC and its Education Foundation please visit www.marcowomansclub.com.