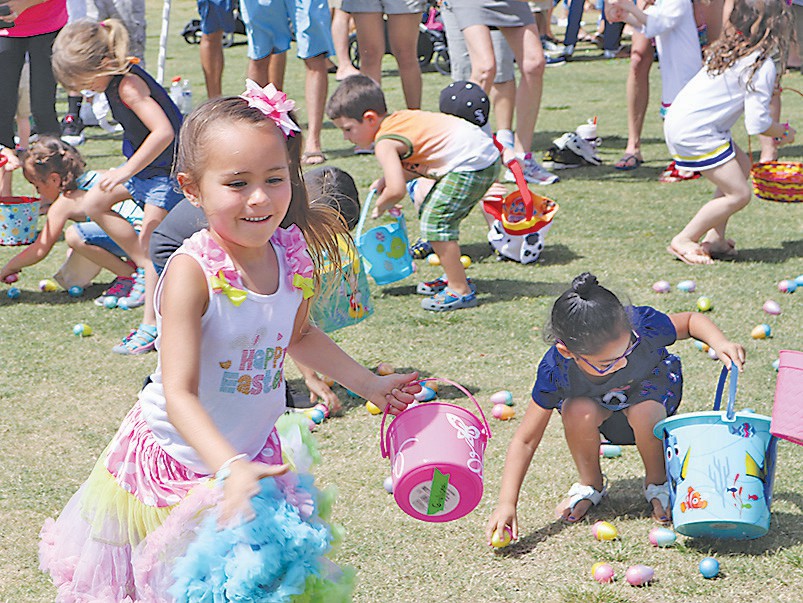 Thousands of children and adults flooded into Mackle Park on Saturday, April 15th to take advantage of the annual Spring Jubilee Celebration, which is held each year to coincide with the celebration of Easter.

Fields were covered with colorful Easter eggs with age-specific designated areas, as well as a myriad of 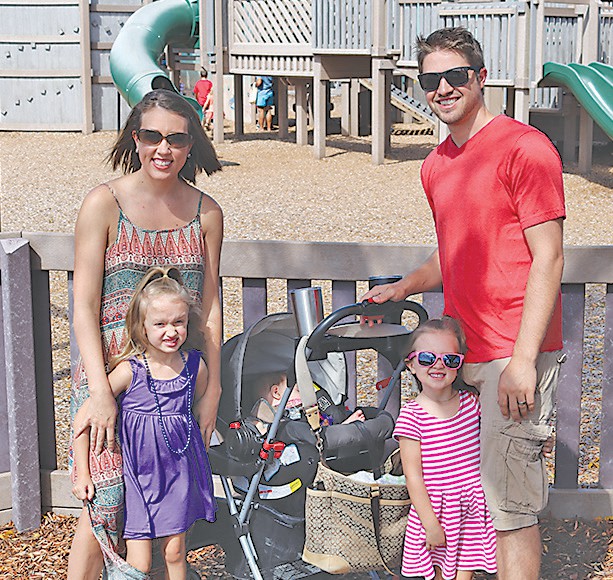 other fun activities for young and old alike. The Optimist Club was also on hand to provide attendees with delicious hamburgers and hot dogs with all the fixings.

The event each year is hosted by the Marco Island Parks and Recreation Department as the coordinating agency which brings together all the volunteers and associated organizations to provide families with a wonderful morning of fun and enjoyment. 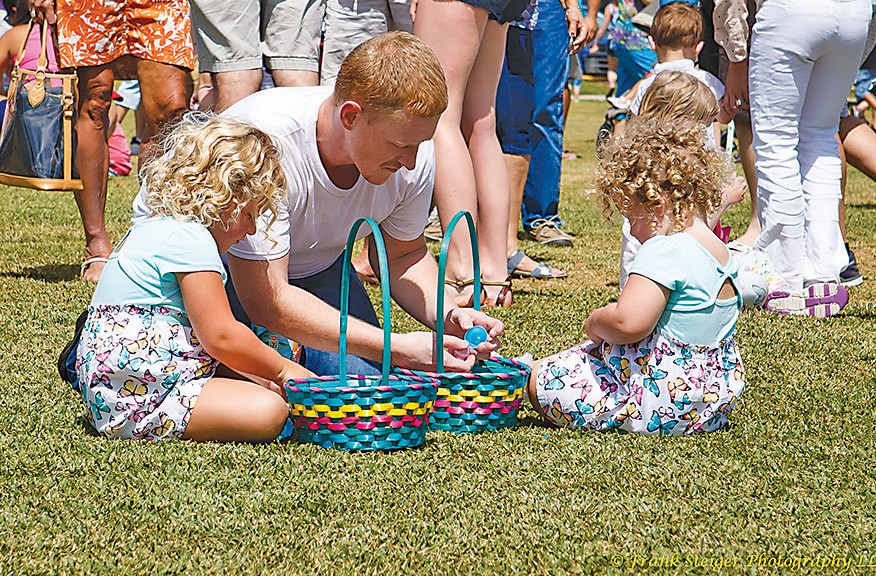 no lack of smiles that morning as kids took advantage of the various games, contests, bounce houses, inflatable slides and obstacle courses; of course the wonders provided by Kids Cove and the Spray Park were not overlooked as children crowded onto both of those popular sites. 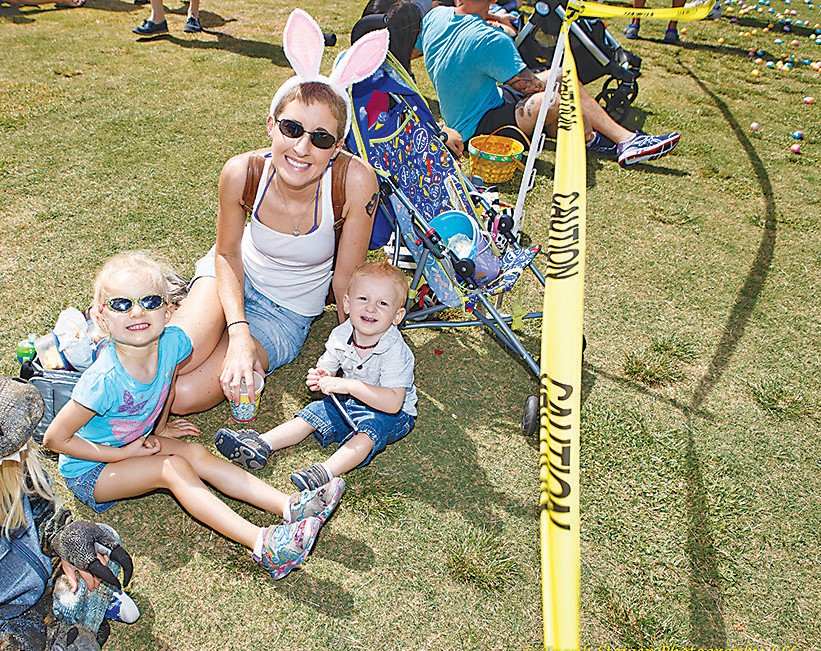 Park, via a special train that was operated by the Knights of Columbus. They could also take advantage of sailing on the small lake as part of the many activities offered to those in attendance.

The Marco Island Senior Softball men helped to provide the necessary security for the much sought-after treasures found on the cordoned off football field. As the magic hour of 11 AM approached you 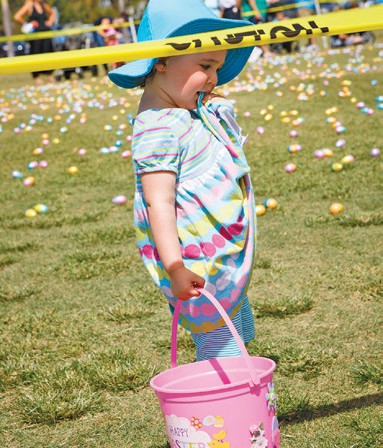 could feel the excitement in the air as children and their parents made their way to the age-specific areas found on the field.

City Council Chairman Larry Honig took the occasion to welcome all of the attendees and joined with Supervisor of Parks Samantha Malloy in leading a countdown of sorts, which had many giddy children rushing onto the fields to gather their treasures into their buckets and 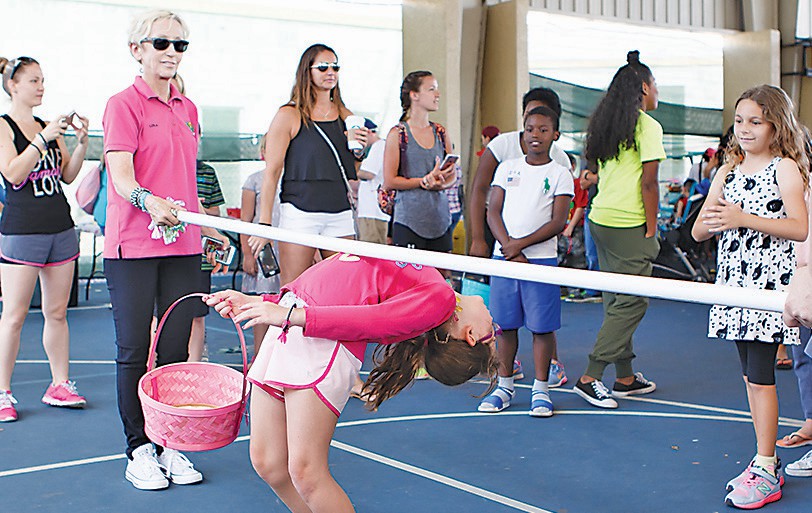 Parents and even older siblings would assist the youngest of the gathering to acquire their small plastic prizes. Some would immediately sit down and shake the small colorful egg in their possession, while others would move methodically through the field to fill their baskets. 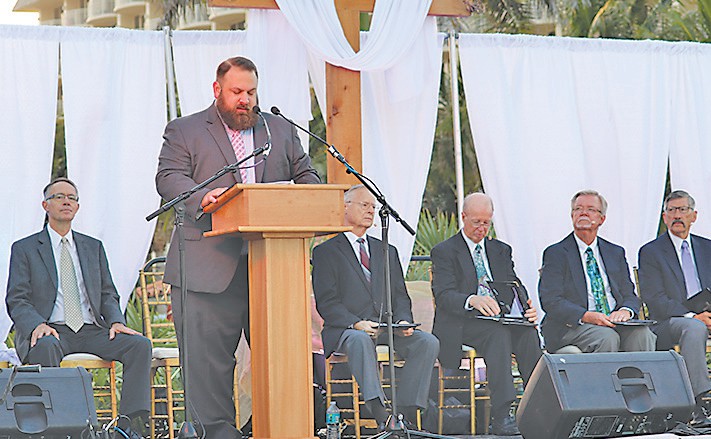 another successful event was behind them as they sat back and took a collective sigh of relief, at least until the next event.

Because each year the date of the Easter holiday varies as to when it appears on the calendar, the organizers of the Sunrise Easter Service on the beach can never 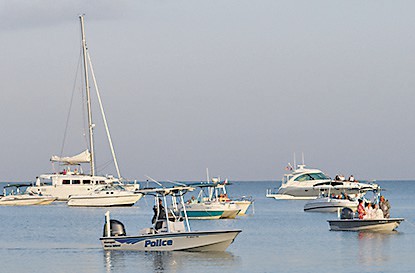 be sure what type of attendance they’ll see. 2017 would continue to bring them nothing but smiles.

This year as in others, thousands descended upon the beach just north of the JW Marriott Resort. They brought blankets, beach chairs and a love of the day. After finding a comfortable spot on the white sandy beach, they sat and enjoyed the wonderful Easter music provided by John and Sandy 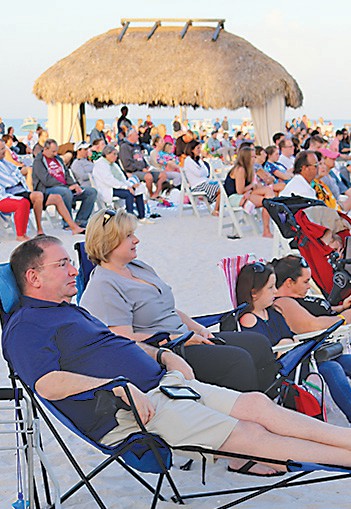 Stein as they awaited the beginning of the services.

Collier Boulevard became a single lane on both the south and northbound sides of the main Marco Island thoroughfare. Attendees were allowed to park against the curb on both sides of the boulevard as far as the eyes could see. 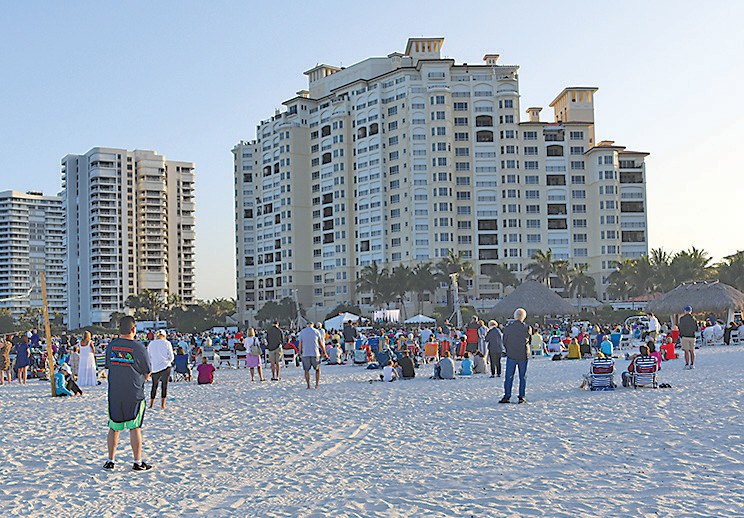 had a safe and incident free morning as they moved onto and off of the beach after conclusion of the services.

Attendees also took to bicycles and made their way to the annual service, while just under 75 boats of all sizes were anchored off-shore to enjoy the music and the special words of the day.

As he has for so many years, Alan Sandlin welcomed the assembly to

Marco Island Easter Sunrise Service and thanked all of the contributors, and especially the JW Marriott and the Madeira Condominium Association for their many kindnesses and cooperation in making the event possible.

Reverend Lucas Tanner, the Florida Gulf Coast University (FGCU) campus minister delivered the Easter message to the assembled. His message was one of a personal nature, which dealt with challenges his own family

had dealt with and how his faith helped them deal with the toughest of decisions.

A couple from Michigan who visit the same time each year just to attend the services said it best when they wondered out loud how anyone could not be in awe of the beauty of the beach combined with the uplifting message from the pulpit. “We love what you do here, and as long as we can, we’ll be back,” said Thomas Speena of Michigan.