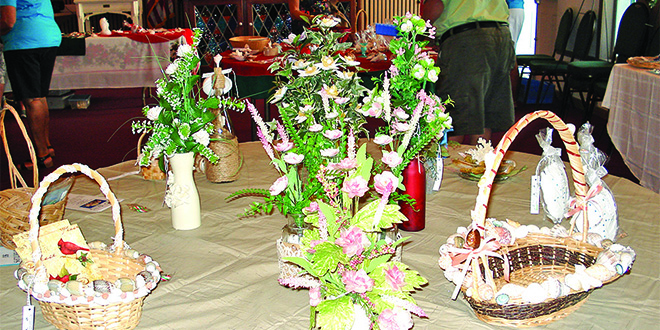 Lindbergh was in awe of the vastness of the sea, a universe in itself, blessed with the abundance of life that it holds.

The beautiful shells that we collect lay empty on the beach because their former inhabitants have perished. Each one holds its own unique mystery and allure. Seashells are a graceful reminder that every passing life leaves something beautiful behind. 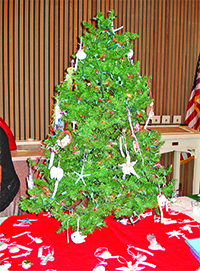 “promote the study, conservation, history and science of seashells and mollusks, and to encourage shell-related interests such as collecting, crafting and art.”

The club recently celebrated the beauty of shells with their holiday sale at the United Church of Marco Island. The well-attended event featured holiday ornaments, hand-crafted jewelry, decorative crosses and household items such as wine charms, flower arrangements and baskets. All items were artistically crafted with shells.

The Marco Island Shell Club, a 501(c)(3) non-profit organization, is more than just a craft guild.

uses the proceeds from their holiday sale and their annual Shell Show in March to underwrite scholarships and grants for students enrolled in marine studies at Florida Gulf Coast University and the University of South Florida.

“We want the shells to keep coming!” says club president, Kathy Benedik, speaking proudly of the club‘s dedication to education. 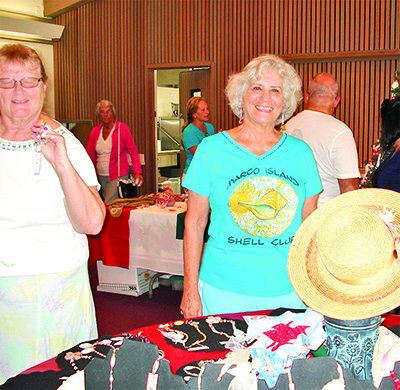 and marine life. “The Club underwrote bus transportation costs at Rookery Bay for National Estuaries Day in September and funded the purchase of four replacement LED microscopes for the plankton lab,” explained Benedik.