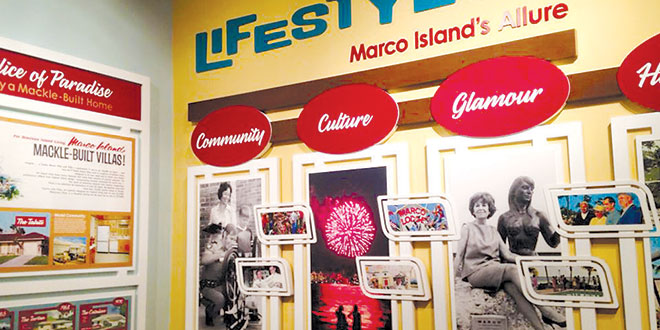 On October 8, the Marco Island Historical Society (MIHS) opened their newest exhibit titled, “Modern Marco” to celebrate 50 years of Island modernity. Though Marco is much older than 50, it’s actually about 6,000 years old, the exhibit starts its timeline in the 1960s when the Mackle brothers first came to the island. It was around this time that they decided to commercialize Marco and make it more accessible to the public, thus bringing in the modern age. 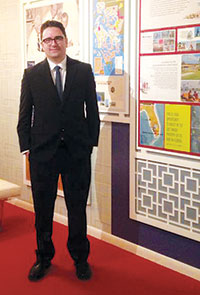 we enjoy today,” said Pat Rutledge, board president and executive director of MIHS. “Our newest exhibit, ‘Modern Marco’ is a fitting tribute to their vision.”

This is the second installation of MIHS’ three primary long-term exhibits. Company Creative Arts Unlimited is responsible for the design and fabrication of the display. All together it took about 11 months to complete. Modern Marco traces important events from the opening of the S.S. Jolley Bridge in 1969 to the construction of the Esplanade in the early 2000s. The installation also follows the changing technologies, fashions and the landscape of

Marco over the past 50 years. It includes original artifacts and images from the MIHS collections and successfully captures the essence of the 1960s.

“I think for many people who lived or grew up on Marco Island during that era, it’s an opportunity to stroll down memory lane and reflect on just how much has changed here in five short decades,” said Austin Bell, curator of collections. “To be a part of the history on display, it must be thrilling to see it all come back to the forefront in one place.”

If you didn’t grow up 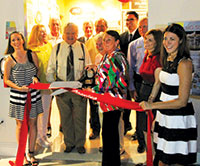 on Marco, the exhibit is still worth a visit. Marco’s story is unique and this is the first time it has been displayed in such a way. Modern Marco is fun, it’s interactive and perhaps most importantly, it places Marco in history. So go and learn how Marco went from a town of 600 to a city of 35,000 in 50 short years.

The Marco Island Historical Society is located at 180 S. Heathwood Drive, Marco Island. The museum is open Tuesday through Saturday from 9 AM to 4 PM. For additional information go to the MIHS website at www.themihs.com or call 239-642-1440.