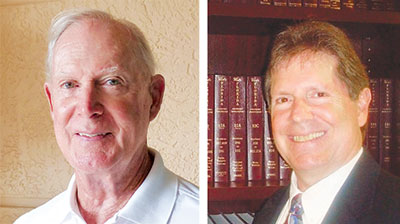 The Marco Island Center for the Arts announced today that Marco Island attorney, William G. Morris, has been appointed Vice President of the organization. Morris is a member of the Center’s Board of Directors and currently also serves the Center as its volunteer Publicity Director.

Morris has been active in community service since moving to Marco Island in 1983. He has served on numerous boards and volunteer positions, including serving as past president of Marco Island’s branch of the American Cancer Society, YMCA, Jaycees and the Marco Island Police Foundation. He has even served as president of the Center for the Arts.

In announcing the appointment, President Rosemary Wick stated “Bill brings a lot to this position. He has a deep love for the Center and long term commitment to improving what we offer to our members and the public. I am excited that he accepted this appointment.”

The Marco Island Center for the Arts offers a wide variety of classes, seminars and activities. It recently announced an expanded summer program, and is in the midst of its annual fundraising campaign. Morris stated “Rosemary and our Executive Director Hyla Crane have worked hard to make the Center the best in its history. But, there is still much to do. I look forward to working with them to build on their successes.”

Appointed to the Board of Directors was John James. James is a native Floridian who grew up in Central Florida and is a graduate of Florida State University. James retired from a career in banking for the second time in 2010. In addition to his work with Citizens and Southern National Bank, James was also an Organizing Director of Bank of Florida.

James brings to the Center’s Board of Directors broad based experience in financing. President Rosemary Wick welcomed James to the Board, enthusiastically stating “John brings a wealth of knowledge to the Center and will be a big help in financial planning and management.”

In addition to his volunteer service with the Center for the Arts, James has been a member of the Collier County Board of Economic Development, Collier County Education Foundation and has worked with the Boys and Girls Club. He has been married to Emily for 48 years, and has two grown children and five grandchildren.