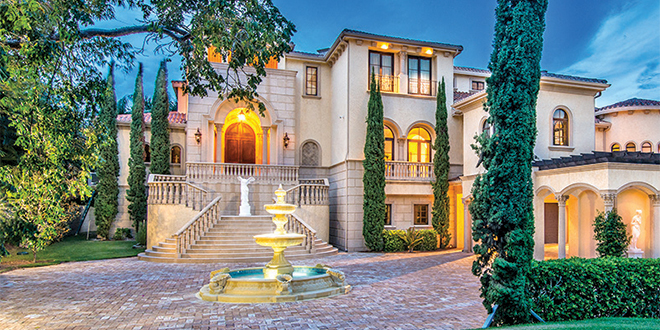 Cathy Rogers is basking in a glow that’s sure to warm the heart of any realtor –a really big sale.

She represented the buyer in the purchase, this month, of a roughly 17,000-square-foot, five-bedroom, five-and-two-half bath, gated, South Barfield Drive estate home for $5.4 million. It was the highest price fetched for a single-family home in the city this year, said the luxury real estate specialist with Premier Sotheby’s International Realty, Marco Island.

“The really gratifying thing for me is that in the last 21 months, I have sold the highest-priced home in eight years on Marco Island at $7.5 million and then this year, I’ve just sold the highest priced home,” she explained. “I’m kind of excited about that.”

The Italian-Tuscan inspired, home at 820 S. Barfield Drive features 9,471 square feet “under air,” a grand foyer, a sweeping staircase, a gourmet kitchen, an imported pizza oven, an infinity pool and spa, 120 feet of Roberts Bay waterfront and 20 garage spaces among its many amenities.

Among the highlights of the 20,000-square-foot, Heights Court home that sold for $7.5 million are 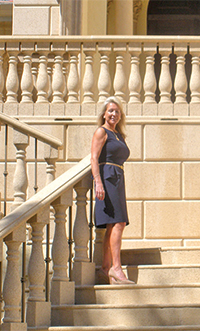 “Both of them are just awesome houses,” said Rogers.

She said former owner of the South Barfield Drive home, Al Ierardi, had been seeking $7.495 million. It was on the market for three years, not a particularly unusual length of time in this market, Rogers added.

“They had it higher before that, so I think it was a pricing issue, she said. “And it seems that with the big houses, it takes a while for them to sell.”

Just three single-family homes on Marco, in the $5 million-and-over price range, sold in 2015 and so far in 2016, there have been two, said Rogers. “Even more gratifying that I have sold two of the five so far,” she added.

“Houses in that category, you just have to find the right buyer, not only somebody who has the wherewithal, but also someone who wants to be on Marco Island, said Rogers, a resident for 16 years and a realtor here for 11. “To me, there’s no other place to be.”