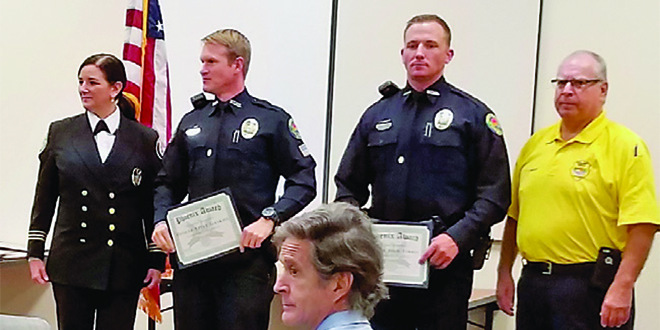 The Phoenix Award is given to emergency response personnel who have responded and contributed to the successful resuscitation of a cardiac arrest victim. The award is given to first responders who brought back to life patients who were clinically dead. The award is named after the Phoenix, a mythological bird that arose from the ashes after its death.

From the Marco Island Police

Department, awards were given to officers Josh Ferris and Steve Faskill.