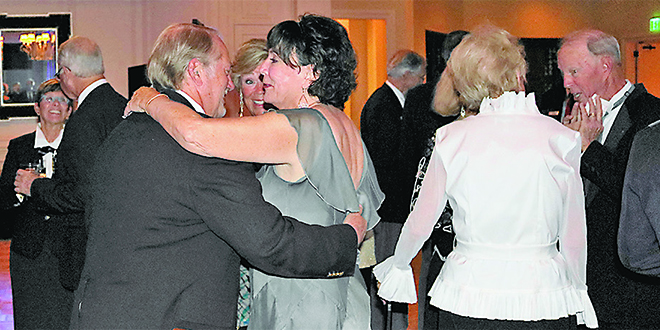 In 1977 Deltona Corporation would cancel the lease that the club had on their clubhouse located on the property which is now known as the Marco Island Yacht Club and the organization would enter into an agreement with O’Shea’s, and in 1978 the club would rename itself as the Marco Bay Yacht Club.

Although the club would move a number of other times, their focus remained on encouraging boating, education and safety on the waters. Another major focus was on “fun,” and that focus continues to this day.

On Saturday evening the Club and its members enjoyed its annual Commodore’s Ball, which 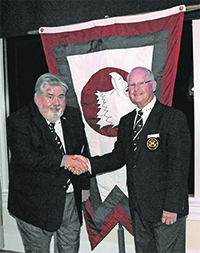 was held at the Hideaway Beach Club. The event highlighted the Change of Watch for the Club when a new commodore is installed, along with a new “Bridge.” The Bridge is comprised of the Club officers for the next year.

Outgoing Commodore Bob Boland thanked the assembled members on Saturday evening for their participation and support during the last year as he welcomed Frank Mulligan to his new position as Commodore of the Club.

During Boland’s remarks to the assembled members, he and Alan Sandlin took the time to do a special recognition of members who had passed during the last year. As Boland called out the names Sandlin would ring the ceremonial Ship’s Bell in honor of the member. 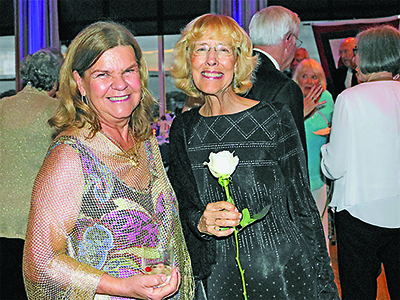 up on a project that saw them donate 46 new bicycles for needy families as part of the Christmas Island Style events on the island. Forty of those bikes were transported by members early in December to the Guadeloupe Center in Immokalee.

Club members Brent Cook, John Kernan, Bob Herndon, Rudi Landwaard and Bob Boland delivered the bikes to the center in Immokalee. Another six bikes were delivered during the annual Christmas Parade and they were delivered to the Shelter for Abused Women and Children in Naples.

The Club also makes monetary donations to the Coast Guard Auxiliary, the Marco Island Power Squadron and the local Civil Air Patrol organizations here on the island in recognition of those organizations’ commitment to boater safety and education.

The Club holds many boating and social events, with both day cruises and extended cruises, which can last from several days to several weeks.

Residents who have an interest in the Marco Bay Yacht Club should visit their website at www.marcobayyachtclub.com for further information on the organization.