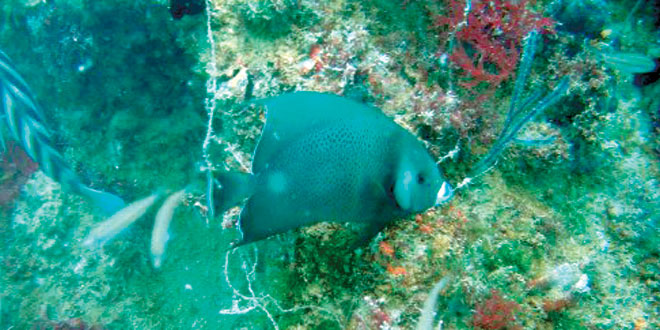 British Petroleum was recently found guilty by the U.S. Supreme Court on 11 felony counts of misconduct or neglect pertaining to the Deepwater Oil Spill in the Gulf of Mexico in 2010. Over the next six years, BP is expected to pay an additional $4.5 billion dollars, on top of what the company has already paid towards the massive oil spill disaster. The British oil giant seems to be wasting no time doling out the federally mandated money; on November 7, Marco Island, Naples and Collier County were awarded grants totaling $1,313,650.

The three government entities received the grant money from the BP Promotional Fund for Gulf Tourism and Seafood. Of 350 applications from both government and nonprofit groups, 110 were chosen and $43.7 million is soon to be distributed among them. In Florida alone, 33 organizations received a total of $13.4 million.

In a joint effort, led by local attorney, Peter Flood, the cities of Naples and Marco Island and Collier County each applied for a $500,000 grant towards building artificial reefs along the Southwest Florida shoreline. Marco Island and Collier County were both awarded the full $500,000 while Naples was awarded $313,650. “Each entity applied separately but it is all a part of one common fund.” said Flood.

The master plan calls for 36 reefs to eventually be developed along Collier’s coastline. The artificial reefs will be built between ten and twenty miles off shore. Flood explained that all entities involved are 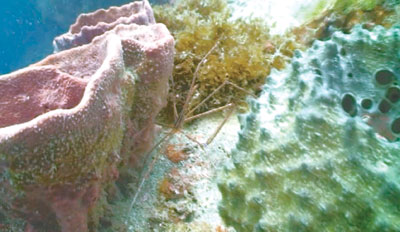 An arrow crab crawls on an artificial reef near Marco. PHOTOS BY JEFF DAWSON/SCUBA MARCO

in the process of completing maps and structures for each of the 36 reefs. The grant application process was designed for Marco, Naples and Collier County to get the maximum possible amount to put toward the artificial reef project as a whole. Once the plans are in place, donations and naming rights may be sought to complete the funding of the project.

The project is expected to dramatically benefit wildlife and the tourism industry of Southwest Florida.

As Marco Island’s Environmental Specialist, Nancy Richie explained in the city’s application, “Artificial reefs provide many ecological benefits. These reefs are to be located in areas off the coast with Gulf floor bottoms composed mostly of bare sand, which offers little food or habitat for most species. Studies demonstrate that artificial reefs can support a larger total fish population than a natural coral reef. A properly planned constructed artificial reef can maximize fish habitat, and even be designed to attract certain fish species. Properly sited and built, these artificial reefs can increase food production in a marine ecosystem for hundreds of years into the future.

“Tourism and the local marine industry would receive dramatic benefits from funding an artificial reef project. The substantial economic impact and “return on investment” of artificial reefs has been well documented in other regions, as well as through economic studies and academic research. Sportfishing and the local commercial fishing industry would benefit directly, and a whole new industry in Collier County would essentially be created – a recreational diving industry.”