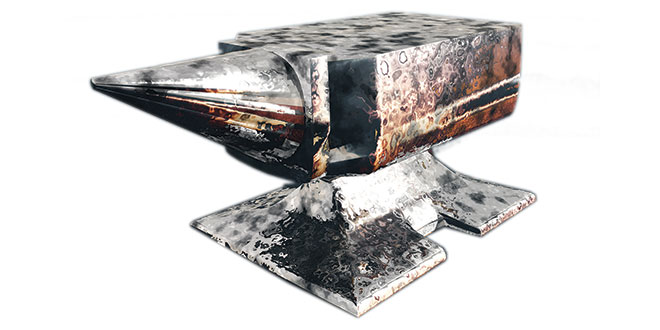 My destiny of becoming a goldsmith was totally accidental. It was the mid 1960s. I was no more than eight or nine years old when my mother would leave me with her older brother Richard, who happened to be a goldsmith/jeweler, so she could go shopping in downtown Boston. (I was a bit of a nuisance to go dress shopping with.) My Uncle Richard had apprenticed with his step dad’s brother Ernest Gravallese, an accomplished and well-respected master goldsmith who plied his trade from his shop in the early 1920s in the original jewelers building located on the sixth floor at 333 Washington Street in the city of Boston, Massachusetts.

I also considered Ernest as my uncle, and to him I was his nephew so it was sort of a family affair. And rather than being babysitters, my uncles wasted no time in putting me to work. I fetched endless cups of coffee at the street level coffee shop, and I soon gathered sandwich orders from several of their neighboring offices that included other jewelers, engravers, diamond merchants, diamond setters, and even watchmakers who were on the same floor. Soon I was running for coffees and lunches for tradespeople on the four floors below and two above. I was meeting lots of people in the trade from which I learned what exactly they did, a little each day. Let’s just say I was, by age 10 or 11, a very busy boy. It just occurred to me, either my mother liked to go shopping a lot or my uncle’s goldsmith shop was a good place to “dump” me off for several hours a week.

By the age of twelve I had regular hours in the shop; Wednesdays after school until 9 PM and every Saturday from 9 AM to around 4 PM, sweeping the floors, cleaning glass showcases, I was taught how to maintain and lubricate ancient jewelry machinery (the same ancient machinery I still use today, right alongside my modern state-of-the-art laser welder).

Slowly, and undoubtedly surely, I learned the art and trade of being a goldsmith. At the tender age of 12 years old I had my own workbench and my very own tools. By the age of 15, I would now be a full-fledged apprentice. I would then be required to show up to “work” every Wednesday and Saturday for what seemed like an eternity. Those were the days when even a twelve-year-old could safely and confidently ride the bus and the subway alone without the fear of never returning home. I did this year after year without incident. And yes, I occasionally skipped school to go to the shop – only Mom didn’t appreciate that. I loved what I was learning and it was a heck of a lot more fun than school, and besides I was making pretty good money for a 15-year-old.

There is a certain pride and a true feeling of accomplishment a 15-year-old boy feels when he can create a beautiful piece of jewelry from a simple small lump of silver or gold and basic hand tools, and better still…has a waiting list of folks wanting to buy them!

My uncles ran a trade shop besides selling diamond and jewelry to the public (a trade shop did work for other jewelry stores such as repairs, alterations and custom work). By the age of sixteen I was absorbing and learning the many facets of the jewelry trade. I would run “errands” that would involve mailing valuables by registered mail, picking up and delivering diamonds or precious gemstones and related findings or supplies from one jewelers building to the other. (In the late 1960s Boston had three jewelers buildings within a few blocks of each other.) I never contemplated the ramifications of losing or misplacing the valuable objects I was trusted to transport from place to place. Remember I was only a kid, to me it was not just a job, I truly enjoyed what I was doing and the responsibility and trust that was thrust upon me was surprising. I was very dedicated and never missed a Saturday, and got paid a whopping $5 a week plus a quarter tip here and there. I delivered work from diamond setters to engravers to watchmakers to silversmiths and even coin dealers. I even picked out the best looking diamonds from parcels (lots) of many, bringing back to the shop only the best quality. I had a talent of judging good color and clarity; I possessed a precise trained eye at an early age. There was never a dull moment until I was taught to professionally polish jewelry, all kinds of jewelry and every nook and cranny of that jewelry. This was a major final step in the jewelry manufacturing process, but it was unbearably boring and tough on the eyes and fingers.

Anyone who has ever dealt with me in my shop may notice my goldsmith badge of courage, namely soiled and callused fingertips. Making or repairing jewelry is a dirty job, unlike being a jewelry salesperson. The art of being a goldsmith involves intense heat, dangerous machinery, sharp tools, caustic chemicals and dangerous gases and fumes; it’s not all fun and games or pomp and circumstance. And a goldsmith’s fingers are subjected to all of it. But polishing jewelry is the main reason for my fingers’ wear and tear. I can always identify a true fellow goldsmith vs. a salesperson by looking at his or her fingers. Nothing against sales folks, it’s just that goldsmiths make and repair jewelry and we know quality of craftsmanship better than any fine suited manicured salesperson would ever know.

In the process of learning from old school masters, time marched on. I actually graduated high school and immediately joined the U.S. Navy as a structural metal mechanic. During my absence from the business there were new technologies and tools that emerged. I lost my Uncle Richie to a heart attack in the mid 70s. So after my stint in the Navy, I returned to assist my older Uncle Ernest and I was pretty much running the shop. I was shaken by the loss of my uncle, but during the healing process a wonderful thing happened; my grandfather had retired from being a shoemaker for the renowned Boston Shoe Co. (now defunct) and became the shop’s new “errand boy.” The shop became so busy we hired a person to just do the polishing and cleaning. The good ole days chugged on, and I was learning the skill of diamond setting from one of the building’s old masters, Mr. Carmine Fucetti. Carmine was in his late 70s or 80s, yet no other diamond setter in the city of Boston could hold a candle to his old world diamond setting skills and techniques. No electric equipment here folks, he set every diamond by hand using sunlight for illumination. I learned the old way first, and then improvised with modern electric tools, but I use the old school methods from time-to-time for the best results, which is virtually unknown to current day setters. Those were memorable years learning the craft from Carmen and my Uncle Ernest. They both passed away many years ago, but even today mention their names in Boston jewelry trade circles and those who experienced the good old days like myself remember them well.

Richard Alan is a designer/goldsmith and owner of the Harbor Goldsmith, Marco’s island jeweler for over 22 years, and welcomes your questions about all that glitters. 239-394-9275, www.harborgoldsmith.com.

Richard Alan is a designer/goldsmith and business owner of the Harbor Goldsmith who hopes he will not be tarred and feathered then burned at the stake by “the powers that be” in Veterans Park anytime soon. He welcomes (until his public demise) any questions you might have about “All That Glitters.” 239-394-9275, www.harborgoldsmith.com.