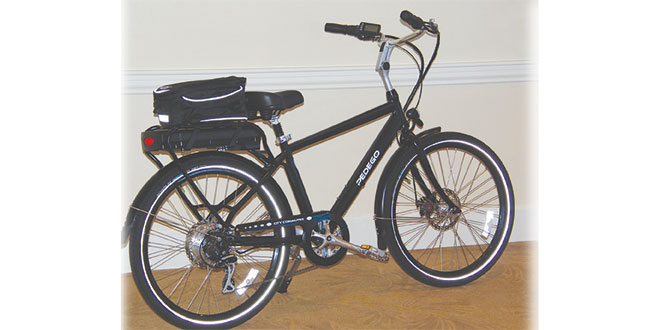 It was a packed house for Marco Island Chief of Police Al Schettino’s first “Lunch with the Chief.” Sponsored by the Marco Island Police Foundation, the lunch was held at Hideaway Beach Club on Oct. 9.

Schettino began with a state-of-the-department-type address, outlining all of the changes he has made to the department since taking over in July, which include the full staffing of MIPD, the department’s new community outreach programs and new community service officers, and the implementation of extensive skills training. Additionally, Schettino announced that MIPD will be working the Marco Island Fire-Rescue Department on coordinated training sessions for specialized situations such as a missing child or missing swimmer.

“Chief Murphy is a mentor when it comes to public safety,” Schettino told the audience. “We can really learn from each other.”

He also discussed partnering with the Collier County Sheriff’s Office to implement a new computer-aided dispatch system, or CAD, which will allow officers to receive calls by computer and allow for real-time updates. Schettino also is scheduled to meet with the CCSO to discuss using its records management software.

Schettino then got down to business, discussing Marco Island’s recent rating by Safe Choice Security as the fourth safest city in the state of Florida, behind Parkland, Westin and Winter Springs. The ranking was based on the U.S. Federal Bureau of Investigation’s 2012 Uniform Crime Report, which takes into account a community’s population density and urbanization, composition of population, population stability (transient), economic, cultural, education, criminal justice system, and community involvement and support of the police and fire departments.

He even delved a bit deeper into the numbers and found that if based on the 2013 report Marco Island would have moved up to the third sport. The key, Schettino noted, was looking at how the community can reduce crime through crime prevention education programs; raising community awareness; observing and reporting; being responsible for your own property; targeted, high-visibility police patrols; and targeting criminal populations.

The luncheon closed with a special gift to MIPD from the Marco Island Police Foundation. President Joe Granda presented Schettino with a new $2,800 patrol bicycle for the new community service officers.