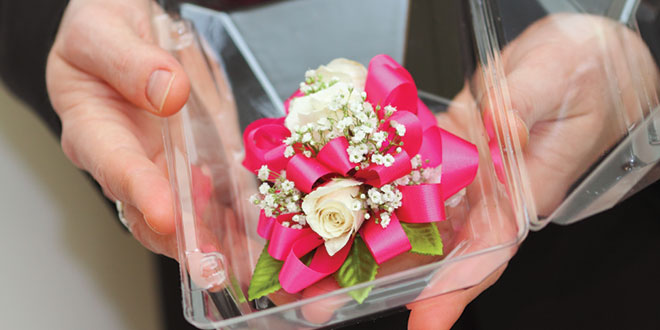 Even though I find it kind of pathetic to watch single people engage in a courtship dance — only because it’s a little sad that people think they need another person to validate his or her life in this world — I understand why they continue to seek partners at any age: they are simply lonely.

In the past, it amused me to think of the situations that arose when well-meaning “friends” tried to spoil my evening at home with a good book by introducing me to some poor fellow who might have spent his time better with self-improvement classes. That’s not to say I had ideas of myself being a great catch. I was always pretty realistic about my own abilities and qualities, but I often wondered what motivated those well-meaning people to send the fellows who showed up on my doorstep. Their choices led me eventually to amassing a tremendous home library, a good TV set and the ability to say, “No thanks, I’m not interested,” as I spent years enjoying my own company in a variety of situations.

Recently, I discussed this topic with a group of single ladies as we recalled our “worst blind date ever.” I think the prize went to the unfortunate person who described the evening she opened the door to meet, for the first time, a fellow who had been “advertised” to her as “a good catch”: a divorced, well-published professor, possibly 10 years older than she was, teaching in a recognized university. She didn’t see anyone until she looked down, way down, to find a munchkin at least a foot shorter than she and a lot wider. In fact, she remembered he entered the room sideways. His broad grin revealed that he did not possess one tooth in his head. She said her set of criteria for romantic encounters did not rate physical appearance as No. 1, but it was at least in the top five. Cleanliness, intelligence and a sense of humor were definitely important.

As the initial shock wore off, she wondered how a man could face or communicate with a classroom of students when he could not even speak properly. Not wishing to appear as rude as she felt, she made tea and sat down to chat. She didn’t remember much of the conversation, but assured us it was a very short evening. He did mention that perhaps she noticed (perhaps???) his lack of dentures. He said that he always had poor teeth and was “saving to buy a set.” She did not reply or react to that comment, but thought privately that he would have been better off saving his pennies to purchase teeth before he appeared in public.

At the risk of being judged uncharitable or totally insensitive, she said simply that she could not look past that gaping hole to find out what kind of person cared so little about himself, or others, that he could face the day toothless. On the one hand, she could have felt guilty for not wanting to give this toothless dwarf a chance, but on the other hand, she felt she performed an act of kindness by sharing an evening of garbled conversation and a few cups of tea, and sending him on his way after suggesting that they were not a perfect match after all. What would you have done?

The group of women who heard this anecdote consisted of tall, short, a variety of shapes and sizes, fairly intelligent singles who all, with the exception of me, are looking to meet men. All of them are over 50, most of them are financially comfortable, and all have been married at least once. I asked them why — out of curiosity — they were still on the hunt, and why they felt they had not been successful so far. Able to joke, they said at this age many older fellows seek “a purse and a nurse before the hearse,” but many, like them, are simply lonely and want company but much younger company.

With that in mind, once again I look forward to an evening of dinner out followed by a movie of my choice with my best friend. I also make a great traveling companion.